Governor-General David Johnston honours the best in public-service journalism Tuesday night at Rideau Hall, while just down the road in Ottawa Stephen Harper's Conservatives are declaring war on the national media.

In a speech to the party convention over the weekend and in a recent article in Policy Options, the monthly magazine published by the Institute for Research on Public Policy, former and current Harper cabinet ministers take on the media, accusing journalists of being biased against the Tories and of being so out of touch they completely missed the real story of election 2011.

"I would argue that the public did not benefit from the distorted reports specifically covering the Conservative leader's national tour," Marjory LeBreton, the Government Leader in the Senate, who travelled as a senior aide to Mr. Harper during the campaign, writes in the June issue of Policy Options.

"In fact, just the opposite - when one compares the reporting and predictions of most of my travelling companions with the results that rolled in on May 2, the facts are clear: a total disconnect between the prevailing or collective view of the [mainstream media]'in the bubble' and the reality on the ground was evident for all to see."

Ms. LeBreton suggests the national press did not see a Harper majority government coming in the May 2 election, figuring instead the Conservatives would be leading a minority government after the election.

After criticizing the way in which journalists work - "a good portion of their time was spent talking to or tweeting each other and regurgitating what this pollster or that pundit said" - Ms. LeBreton singled out CBC parliamentary reporter Terry Milewski, who is an aggressive questioner and spent much time on the Tory campaign.

The Tories are no friends of the CBC, and she criticized Mr. Milewski for his "outbursts and interruptions" of the Prime Minister when he didn't like the answer he received.

She also marvelled at the "quality" of the questions from reporters, suggesting they were trivial. And Ms. LeBreton congratulated herself for figuring out the election result in advance - although she was also traveling on the plane - as she spoke to real people and campaign officials who were out on the hustings.

The Tories continued to heap scorn on the national media at their policy convention in Ottawa, where former Treasury Board president Stockwell Day threw some more red meat at the party's supporters. In his speech, he criticized personal attacks by the media.

He was subject to many of them himself when he served briefly as leader of the Canadian Alliance. And he said he hoped the media would mature along with the crop of new MPs under the Conservative majority government.

"Just as we are looking forward to somewhat of a new era in the House of Commons of civility and respect, and that doesn't mean we don't go hard on discussing these policies, it means we stay off of personal attacks," he said. "And I think, my colleagues, I think MPs get that. I say to my friends in the media that's a bit of a word of advice to you also."

The criticism also extends to policy. Alykhan Velshi, a former top aide to Immigration Minister, believes the media is "tilted against conservative viewpoints" is in its approach to most issues.

"More ink is spilled on the long-form census and global warming than on homegrown terrorism or taxes being too high," Mr. Velshi, who left the Hill after the election, told The Globe. "In the coming year, most articles on Conservative attempts to cut the fat from government will be written from the perspective that we're cutting too much rather than not enough.

"This isn't 'blaming' the media, but merely pointing out that reporters, and indeed most members of the opinion elite, hold views that are not conservative. I think this reflects a deeper recognition that, even though we've held office for almost six years, conservatives are still very much on the outside looking in."

Tonight at Rideau Hall, meanwhile, vice-regal honours will be bestowed on journalists from the Calgary Herald, the Hamilton Spectator, the Eastern Door, the Vancouver Sun and even those from Radio-Canada and the CBC for their efforts to raise the public debate.

Conservatism goes 'mainstream' thanks to Harper, study finds
May 3, 2018 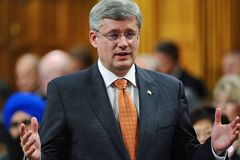 Opinion
The election of our discontent
April 30, 2018 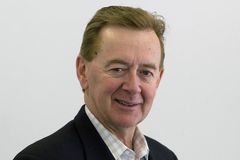 Even with a majority, Conservatives see themselves as the underdog
May 3, 2018 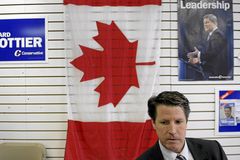