After prematurely celebrating passage of their omnibus crime bill last week, the federal Conservatives have finally managed to push the controversial piece of legislation through Parliament.

The final vote in the House of Commons on Monday means Prime Minister Stephen Harper has fulfilled his commitment to get the legislation passed within the first 100 days of this session.

The New Democrats had used procedural wrangling to postpone the vote, which was supposed to take place last Wednesday, until Monday evening. But the federal Justice Minister Rob Nicholson prevailed when the bill was passed by a vote of 154 to 129. With royal assent or an order in council, it will become law.

The delay came "as a great disappointment to victims groups who are very supportive of this," Mr. Nicholson told reporters on Monday.

"These are very reasonable measures," he said. "They go after those who sexually exploit children, people in the child pornography business and it goes after drug traffickers. So this will be welcomed, particularly by victims, those involved with law enforcement and, as we know, Canadians are supportive of what we are doing in this area."

The legislation had been returned to the Commons from the Senate with amendments to allow terrorism victims and their families to sue state sponsors of terror. The government did not realize the amendments were necessary until it was too late to makes the changes when the bill was originally before the House.

The Canadian Council of Criminal Defence Lawyers says the bill does not take into consideration that fact that many of the people who are now filling Canada's jails are suffering from a mental illness.

The Assembly of First Nations says the bill will compound the existing over-representation of aboriginal people behind bars.

The Canadian Bar Association has come up with 10 reasons for opposing Bill C-10, including an accusation that that it will "increase strains on a justice system already at the breaking point."

And the Canadian Centre for Policy Alternatives says the government is ignoring 30 years of evidence from the United States showing that locking up more people, for longer, does not reduce crime.

Newfoundland, Quebec and Ontario have all spoken out against the bill. And New Brunswick, which supports it, has said it can't afford to pay the costs.

Quebec Justice Minister Jean-Marc Fournier strongly condemned Ottawa's refusal to cooperate with the province by rejecting proposals to amend Bill C-10. The province had proposed that the Conservative government include the notion of "long term protection of the public" that embraces the principle that rehabilitation rather than imprisonment of young offenders protects the public.

Mr, Fournier said he will abide by this principle in implementing the legislation suggesting that Quebec may not seek the tougher sentences for young offenders as proposed in Bill C-10.

The Quebec government estimated that it will cost the province $500-million to implement provisions in the Bill which will require new prisons as well as additional cost for longer sentences. Mr. Fournier has demanded that Ottawa pay for the additional costs.

The Ontario government of Dalton McGuinty said in a statement on Monday that provincial taxpayers cannot be expected to pay the full costs for federal anti-crime initiatives.

"Bill C-10 will significantly impact our correctional population and operating costs," said the statement. "Our analysis has determined that the legislation may cost Ontario taxpayers more than ($1-billion), and may add as many as 1,500 additional inmates to the provincial correctional system, which would require a new 1,000 bed facility to be built. We expect Ottawa to do what's right and provide additional funding to help Ontario deal with the consequences of Bill C-10."

The federal government has responded to such demands by saying it has already increased the transfer to the provinces by billions of dollars.

What changes with the new crime bill

The new omnibus crime law approved by Parliament on Monday will:

- Increase the penalties for drug crimes including the imposition of a number of mandatory minimum sentences. Possession of six marijuana plants for the purposes of trafficking, for instance, would result in a mandatory six-month term;

- Keep violent and repeat young offenders off the streets while they are awaiting trial, require courts to consider adult sentences for youths convicted of the most serious crimes, and allow the publication of the names of violent young offenders;

- Prevent judges from imposing conditional sentences for crimes involving serious personal injury, crimes which carry a maximum prison term of 14 years or more, and some other specified offences;

- Enshrine a victim's right to participate in parole hearings;

- Extend the ineligibility periods for "record suspensions," previously known as pardons, to five years for summary conviction offences and to ten years for indictable offences;

- Give the Minister of Public Safety more leeway when deciding whether an offender convicted in another country will be granted a transfer back to Canada;

- Allow victims of terrorism to sue individuals, organizations and foreign states for loss or damage;

- Authorize immigration officers to refuse work permits to foreign nationals when it is determined that they are at risk of humiliating or degrading treatment. 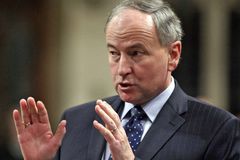 Vote: How do you feel about crime in Canada?
January 25, 2012
Tough-on-crime trio hails imminent passage of controversial Tory bill
March 7, 2012 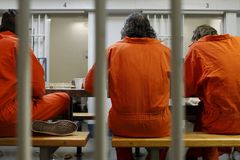 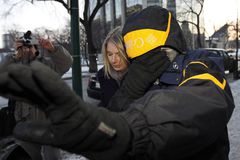 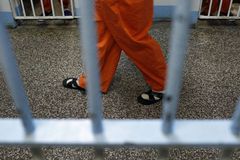