The Conservative government has taken "the unusual step" of publicly challenging a newspaper report and reminding journalists across the country that it's their job to get both sides of a story before racing to publication.

In an open letter, Immigration Minister Jason Kenney said the ministry wasn't approached about an article that appeared in Montreal's La Presse on June 11, about a Colombian woman facing deportation.

"Stories presenting only one side of a story can lead to public distrust of the rule of law," the letter states. "Factually incorrect or incomplete reporting usually leaves the impression that Canada's refugee determination system is unjust or heartless."

La Presse could not be immediately reached for comment. The paper's website quoted an immigration lawyer who said the minister's decision to release documents related to the case was unprecedented, and could break privacy laws.

The story, by reporter Anabelle Nicoud, details the troubles of 37-year-old Joanna Martinez. The story says she was born in Colombia and raised in New York, but returned to Colombia in her 20s with her husband. Ms. Martinez said her husband was kidnapped by drug traffickers, and once his ransom was paid they fled to Canada.

The story says her husband has been granted asylum in Canada, but she has been ordered out by June 27.

Mr. Kenney "has a point," La Presse editor Eric Trottier said. The paper does immigration stories with some regularity and has requested background information in the past through official channels, he said, but has always been told that the information would not be made  available.

"We didn't call to his office," Mr. Trottier said, adding the paper stands by its story. "But as you probably know when we do call Immigration Canada they have always the same answer, that we don't comment on those stories. That's why we didn't this time ... we had all of the information that we needed."

Mr. Kenney said the paper should have requested Ms. Martinez fill out a disclosure form so that Citizenship and Immigration Canada could share her case history, something Mr. Trottier said La Presse would do in the future (although he reserved the paper's right to publish without official requests being made).

If she had, he said, La Presse would have learned that Ms. Martinez has a criminal record in three states, has used as many as 20 aliases in the past, claimed nine different birthdays and couldn't prove she was in Colombia when the kidnapping is said to have occurred.

"Our request is simple: If you are a journalist writing about someone facing removal from Canada, please get a privacy waiver from the subject of your story so that we can provide the complete file to you," Mr. Kenney wrote.

"And if the subject of your story or their lawyer is refusing to provide you with a privacy waiver and the written decision from the Immigration and Refugee Board, you may want to ask them and yourself why they are refusing to do so."

Mr. Trottier said the minister is "playing politics" by criticizing the paper, and said it was a special case because Mr. Martinez's husband - who has a criminal record - was granted asylum even as she was refused. The paper will continue to cover the story.

"Mr. Kenney and his office are doing politics," he said. "We are doing journalism." 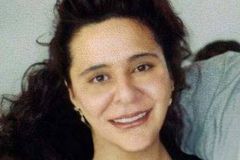