The former Harper spin doctor who helped advance the Conservative brand is back at the helm of the right-leaning Sun TV News startup as it gets ready to sell its contrarian voice in the Canadian broadcasting market.

Kory Teneycke is expected to resume working at the 24-hour news channel next week, The Globe and Mail has learned.

The odd turn of events comes 3 1/2 months after Mr. Teneycke made a high-profile and abrupt exit from the Quebecor project, telling a news conference last September that increasingly bitter public acrimony over his role had made him a liability to the TV venture. At the time, it was petitioning federal regulators for a broadcasting licence.

Mr. Teneycke's return will likely give Sun TV News the sharp edge and taste for controversy that was intended when he helped to conceive the idea for the network.

The combative one-time spokesman for Stephen Harper built a reputation as a take-no-prisoners political operative and lobbyist even before he reached the Prime Minister's Office. He was a key player in the successful Conservative attack on former Liberal Leader Stéphane Dion's carbon tax plan, and as a lobbyist for renewable fuels helped coax the Tories to spend billions of dollars on ethanol and biodiesel subsidies.

The populist Sun TV News undertaking - which critics have labelled Fox News North - is expected to begin broadcasting as early as March and feature a variety of personalities, from right-wing author Ezra Levant to Liberal spin doctor and columnist Warren Kinsella.

Mr. Levant, who says he will host a show on Sun TV News in the 5 p.m. ET slot, said he was delighted to hear Mr. Teneycke is returning.

"He's the spiritual leader, so to speak. He's the one who has the grand plan and created this thing from a spark. He's our Roger Ailes," Mr. Levant said, referring to the Republican political operative who founded Fox News.

In the months leading up to his departure from Sun TV News last September, Mr. Teneycke had deliberately courted controversy to publicize his new venture. These actions, he acknowledged upon leaving, had "contributed to the debasing of [the]debate" over Sun TV News.

Mr. Teneycke's formula for generating buzz about the venture included a no-holds-barred approach to rivals and naysayers. He publicly derided other news outlets as the "lame-stream media" and lashed out at Sun TV News critics, calling veteran TV journalist Don Newman "the Helen Thomas of Canada." That was a reference to the disgraced White House reporter who recently resigned after saying Israelis should "get the hell out of Palestine" and "go home" to places such as Germany.

In the Avaaz incident, the organization had alleged that fraudsters added the names of Canadian journalists without their consent to the petition - as well as the names of fictitious characters such as Sesame Street's Snuffleupagus.

Mr. Teneycke became embroiled in the matter when he used his Twitter account Sept. 3 to announce he'd been in contact with a prankster who'd admitted to tampering with the petition. "Source e-mailed me to say they registered Boba Fett, D. Shroot, etc. Petition lacks basic controls," he wrote. Avaaz said the data collected on the alleged fraudsters suggests they were based in Ottawa and using a Rogers Internet connection.

Contacted Wednesday, the Ottawa police could not immediately say whether they had investigated the complaint.

The company has been building the network's main studio, in downtown Toronto close to the Toronto Sun offices, which will also house a second studio. Others will be built in Ottawa, Calgary, and likely Edmonton.

Sun TV had originally requested a license that would oblige cable and satellite companies to carry it on their services. That was rejected; and Sun TV tried again, asking for a standard license with the exception that distributors would have to offer it to customers on at least one of their packages, in the first three years. In early October, the company said it would withdraw that request, and ask for a standard Category 2 licence. 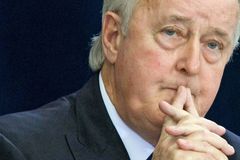 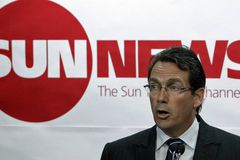 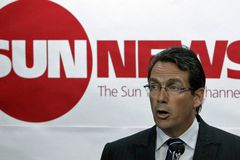 With Sun TV behind him, Kory Teneycke picks up Potash file
October 21, 2010 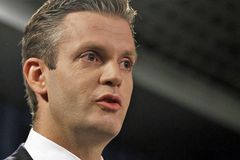 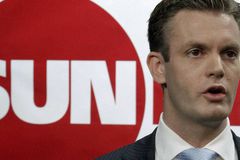 Guardian issues correction: No, Rupert Murdoch does not own Sun TV
November 8, 2010
Executive's abrupt departure raises questions about Sun TV's future
September 15, 2010
Follow Steven Chase on Twitter @stevenchase
Report an error Editorial code of conduct
Due to technical reasons, we have temporarily removed commenting from our articles. We hope to have this fixed soon. Thank you for your patience. If you are looking to give feedback on our new site, please send it along to feedback@globeandmail.com. If you want to write a letter to the editor, please forward to letters@globeandmail.com.
Comments