1. Prorogation still resonates. Stephen Harper's decision to shut down Parliament continues to bedevil him, with a new EKOS poll showing Michael Ignatieff's Liberals are for the first time since late summer in a dead heat with the Conservatives.

Incredibly, too, the latest EKOS seat projections give the Liberals a three-seat advantage over the Conservatives if an election were held today - 117 to 114. The Tories now have 145 seats compared to 77 for the Liberals, out of a total of 308 seats in the House of Commons. (The new projection distributes the remaining seats as follows: 28 NDP, 47 Bloc, one Green and one Independent.)

This poll shows the Liberal rebound is not simply the result of Tory declines. Rather, EKOS pollster Frank Graves says "for the first time it is clear that the Liberals are actually showing some modest signs of positive lift."

And the hits just keep coming for Michael Ignateiff and his team that had been seen to falter so badly over the summer and fall: For the first time since late summer they have broken through the 30-per-cent mark for voter intention. They had been in the mid-20 per cent range in the fall as a result of their threats to force an election. What is going on?

Mr. Graves says one would have thought the Harper government's impressive response to the Haitian earthquake disaster would have wiped away any bitterness over the prorogation issue. But he suggests the public is clearly not in a mood to forgive.

"Clearly, the diversion of attention to a pretty well flawless performance on the Haiti crisis to date has not taken the Conservatives out of the penalty box with voters yet," he told The Globe. "This underscores the depth of public disenchantment."

And this disenchantment may not soon abate. "If daily images of adroit performance have seen the government's position with voters continuing to erode (slightly) then how will substituting daily images of cobwebs collecting and crickets chirping in the empty halls of Parliament work out?"

Parliament was to return on Monday but the Prime Minister's decision to prorogue has pushed the opening to early March. The Liberals and NDP are vowing to come to work to a very empty Parliament Hill Monday; the Liberals have a week-long series of roundtables planned on issues ranging from jobs to women to the Afghan detainee controversy, and the NDP is drafting legislation to curb the use of prorogation.

Mr. Graves says, too, that Mr. Harper's approval rating is deteriorating while Mr. Ignatieff's is climbing slightly. "All in all the government now finds itself in a very challenging situation that no one could have imagined as little as two months ago."

2. Michael Ignatieff takes to cyberspace. The Liberal Leader is holding a town hall via computer this afternoon; it's expected that many of the questions he is asked will relate to Prime Minister Stephen Harper's decision to shut down Parliament.

This, after Mr. Ignatieff's posted a letter to the Canadians Against Proroguing Parliament on Facebook yesterday: "When Stephen Harper shut down Parliament on December 30, he was counting on Canadians' reacting with cynicism and indifference," Mr. Ignatieff wrote. "You showed him that's not who we are."

The CAPP Facebook group now has more than 200,000 members; a number of rallies against prorogation are planned for across the country this Saturday. "I hope your important work these past few weeks means Stephen Harper gets that message loud and clear this Saturday."

It is not clear yet whether Mr. Ignatieff will participate in any of the rallies; the Liberals are trying to resolve some scheduling issues.

Opinion
Wheel of fortune: Canadian politics is all about lady luck
January 20, 2010 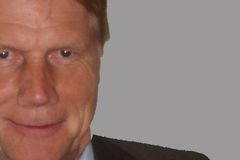 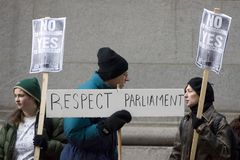 Opinion
There was a time when the Liberals stood for something
January 19, 2010