Taxpayers spent $291-million – or $12 for each registered voter – to give Stephen Harper his majority government, according to the Chief Electoral Officer's report on the May 2 election.

Nearly 15 million Canadians cast a ballot, representing a turnout of 61.1 per cent. This was up 2.3 percentage points from the 2008 election. In addition, there was a 6.4 per cent increase in the number of votes cast, including 2.1 million electors who voted in advance polls, up from the 1.5 million who voted early in the previous campaign.

The report, released Wednesday by Chief Electoral Officer Marc Mayrand, was tabled with House of Commons Speaker Andrew Scheer. In it, Mr. Mayrand notes "the popularity of advance voting exceeded expectations, likely due to statutory and religious holidays."

Prince Edward Island voters had the highest turnout at 73.3 per cent followed by 66.2 per cent in Yukon and New Brunswick. Ontario and Quebec were also on the high end, with 61.5 per cent and 62.9 per cent respectively. Nunavut scored the lowest, with only 45.7 per cent of its voters casting ballots.

Mr. Mayrand also called on Parliament to consider improvements to the voting system, including looking at Internet voting – and lifting the ban on premature transmission of election results, given the rapid exchange information on YouTube, Facebook and Twitter.

"The growing use of social media puts in question not only the practical enforceability of the rule, but also its very intelligibility and usefulness in a world where the distinction between private communication and public transmission is quickly eroding," Mr. Mayrand says in his report. "The time has come for Parliament to consider revoking the current rule."

(Several complaints about early transmission were received and are being looked into.)

NDP democratic reform critic David Christopherson agrees. Lifting the ban offers a chance, he said, to avoid the "ugliness" of "criminalizing Canadians" for transmitting results to their friends before polls close in another region of the country.

Mr. Christopherson is also keen on having the Elections Canada run a pilot project on Internet voting. "It makes all the sense in the world. It's clearly the way of the future."

He suggested online voting would encourage voter turnout, especially in remote areas and among aging baby boomers who would find it easier to click a couple of buttons rather than having to travel to a polling station.

Mr. Christopherson cautioned, however, that Internet voting must be secure. "What a crime it would be if Canadians lost the purity of our electoral system," he said, adding that it is respected around the world.

Indeed, the Mr. Mayrand notes in his report that Elections Canada has been looking at Internet voting "as a complementary and convenient way to cast a ballot." He added that he is "committed to seeking approval for a test of Internet voting in a by-election held after 2013."

The electoral officer's report concludes by noting the May 2 election and its majority government result provide an opportunity to take a breath and examine better ways to proceed.

"Given the frequency of elections in recent years, Elections Canada has had to maintain an ongoing state of readiness. ... With the election of a majority government and the end of successive minority governments, we now have the opportunity to focus on longer-term priorities for the 42nd general election in October 2015," the report says.

"Our approach will benefit from our experience with four general elections over the last seven years." 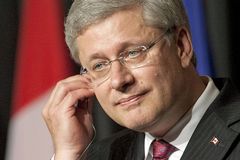 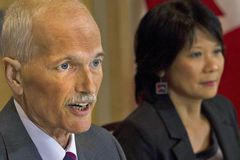 new
Non-voters either didn't see point or were too busy on May 2, study finds
July 5, 2011 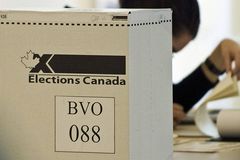