Margaret Atwood is criticizing Stephen Harper over what she sees as his dictatorial approach to regulating the airwaves.

The literary icon has signed an online petition aimed at keeping a "Fox News North" channel off the air in Canada. But it's not the idea of a right-wing television station she's objecting to. Rather, the prolific and celebrated writer doesn't like the Prime Minister's style of governing.

"Of course Fox & Co. can set up a channel or whatever they want to do, if it's legal etc.," she told The Globe and Mail in an email. "But it shouldn't happen this way. It's like the head-of-census affair - gov't direct meddling in affairs that are supposed to be arm's length - so do what they say or they fire you.

"It's part of the 'I make the rules around here,' Harper-is-a-king thing," she wrote.

Her involvement sparked a debate on Twitter with conservative blogger Stephen Taylor and Sun Media's Ottawa bureau chief, David Akin, Tuesday night. Both men say she is accusing the Sun - which is seeking to launch a right-wing TV channel - of "hate speech."

"So disappointing you would put your name to what is an anti-free speech movement," Mr. Akin said. "You're smarter than that."

The petition is being circulated by an online advocacy group called Avaaz. It is calling on Canadians to " Stop Fox News North." More than 34,000 people has so far signed the petition, which says:

"Prime Minister Harper is trying to push American-style hate media onto our airwaves, and make us all pay for it. His plan is to create a 'Fox News North' to mimic the kind of hate-filled propaganda with which Fox News has poisoned U.S. politics. The channel will be run by Harper's former top aide and will be funded with money from our cable TV fees!"

It applauds "the CRTC's refusal to allow a new 'Fox News North' channel to be funded from our cable fees." The Prime Minister, the petition says, should "immediately stop all pressure on the CRTC on this matter."

There have been reports that Canadian Radio-television and Telecommunications Commission chairman Konrad von Finckenstein's job is in jeopardy over this. The Prime Minister's Office denies that any pressure is being applied.

The idea of a right-wing news channel in Canada gained traction when Quebecor hired Kory Teneycke, Mr. Harper's former director of communications, as its vice-president of development. Quebecor owns Sun Media and its desired new channel, to be called SunTV, has been dubbed "Tory TV" and "Fox News North" by its critics.

So far the CRTC is opting not to allow the channel a Category 1 license, which would give it preferred status on the television dial.

Ms. Atwood's concern is not with the network's proposed agenda. Instead, she's worried about potential interference by the Harper government.

"Some people signing the petition object to the expected content. I object to the process," she told The Globe. "It's the [prime ministerial]pressure on yet another civil servant that bothers me. These folks are supposed to be working for the taxpayer, not the PM."

Some in the blogosphere are objecting to her decision to sign the petition. Mr. Taylor, for example, is questioning whether the author believes "Sun Media is in the biz of broadcasting hate speech."

Like many Tories, Mr. Taylor also takes issue with the government funding of the CBC. As such, he asked Ms. Atwood: "Is the CBC and its compulsory funding essential to 'free speech' or against it in your view?"

But the author held her own, firing back with a quip about Munir Sheikh, who resigned as head of Statistics Canada over the government's changes to the census.

"Naughty Stephen," she said. "We're not talking about the CBC but about the coercion of an arm's length person, like Census head."

Update The CRTC has scheduled a public hearing on SunTV's license application for Nov. 19 in Gatineau, Que. 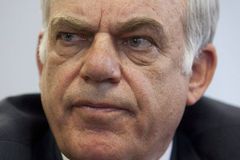 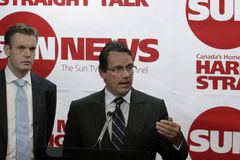