So quiet. So well-behaved. Sort of.

Despite vows of no heckling, MPs couldn't resist shouting out a few comments and expressions of outrage in the first Question Period of the 41st Parliament under Stephen Harper's majority Conservative government.

The 45-minute session went into overtime by about 10 minutes. But the new House of Commons Speaker, Andrew Scheer, will have to do a little better next time reigning in his colleagues.

He's known as a nice guy. As Speaker, however, he's got to walk that fine line between nice guy and enforcer.

Mr. Harper, meanwhile, missed his first Question Period - he was in Quebec touring the flooded Richelieu valley. But he returned to the chamber in time for Jim Flaherty's budget speech.

So it was up to new Opposition Leader Jack Layton to start things off. He asked about decorum and working collaboratively in this new Parliament. With more than half of his caucus from Quebec, Mr. Layton chose to ask his very first question in French.

He followed up, noting that "New Democrats have committed to work respectfully, to end heckling and to give this place the decorum that it deserves. Will the government commit today to do the same?"

Government House Leader Peter Van Loan, who was answering for the Prime Minister, didn't commit to anything. Instead, he spoke about having a meaningful, thoughtful debate focused on policy and "the values of Canadians."

And he provoked some guffaws when he tripped over his words. "I know that with our clear mandate, having laid out what we would do to Canadians," he said before correcting himself, "for Canadians, we certainly intend to carry through on those commitments and do exactly what we said we would do."

There were the new faces, too - so many in the NDP. Former punk rocker Andrew Cash, who now represents the Toronto riding of Davenport, asked about a national housing strategy.

"Our top priority in Libya should be in providing humanitarian assistance particularly for women fleeing from the violence," she asserted, calling on the government to commit to making this aid a priority.

Mr. Baird said he was looking into this issue of "sexual violence being used as a tool of war."

There was also a co-operative spirit - many expressions from the government of working with their opposition critics.

Health Minister Leona Aglukkaq said she wants to work with Libby Davies, the new NDP health critic. Rona Ambrose, the Status of Women Minister, congratulated all the women elected to the Commons and told Francoise Boivin, a new NDP MP from Quebec and status of women critic, that she looks forward to working with her.

But it wasn't all hearts and flowers. Jack Harris, the NDP defence critic, accused the Prime Minister of not telling the truth to Canadians about his plans for Afghanistan. Mr. Baird dismissed any suggestion that the Prime Minister was pressured to extend the mission by the United States.

Liberal MP Dominic LeBlanc, his party's foreign affairs critic, said there's been confusion about the objectives of the mission in Libya. He wanted to know if there has been a change in the mission and asked for a commitment not to put "Canadian Forces on the ground in Libya."

Mr. Baird said there is no change on the military mission and he's looking forward to the Commons debate on its extension.

The heckling - it was mild and not sustained - came during some questions about the government's environmental policy; there was also some loud grumbling during questions about the plight of a veteran in Prince Edward Island, who suffers from post traumatic stress syndrome and whose benefits were cut off as a result of a clerical error.

But all told, it was a collegial beginning. 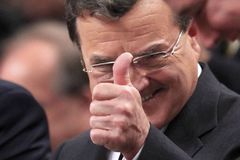 When the axe falls, will the streets fill with protests?
June 6, 2011 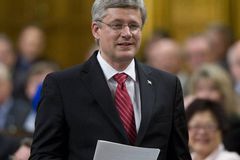 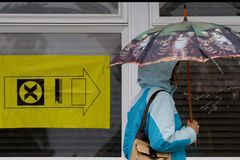