Fred Wah is a little more familiar with the outside of Parliament than the inside, having from time to time protested on its sweeping lawn as part of the Writers' Union of Canada.

But that's about to change. Tuesday, the award-winning scribe was appointed the country's new Parliamentary Poet Laureate. As such, the 72-year-old Saskatchewan-born Vancouverite is not required to be reciting poetry on the floor of the Commons or the Senate, but is hoping to at some point unleash his pen on the country's political institutions.

He just doesn't know yet exactly what he'll be writing about. "I never know where my poetry is going to go but I'm very interested in what might occur," he told The Globe in a phone interview.

Mr. Wah has spent most of his life in the "poetry business," supporting his pen – as most other poets do – through academia. He taught for a number of years, including at the University of Calgary (Stephen Harper's alma mater), before retiring in 2003 and moving back to Vancouver. He's involved in the literary community there, including working with writers in the Downtown East Side.

But now he has another platform from which to practice his art. The appointment is for two years; it comes with a $20,000 honorarium, a $13,000 travel budget and some programming money, he said. The position was created in 2001 "to draw Canadians' attention to the reading and writing of poetry," according to the news release announcing Mr. Wah's appointment.

"It's a great honour. I feel very honoured by it. I've spent my life in poetry and education so I really feel gratified for the recognition," he said.

Although he sees his appointment as "a symbolic gesture," he's got some ideas about what he wants to do, including the "possibility of developing some educational aspects" into the post. "I think there is a great need to get some our poetry and some of our Canadian literature into our schools," he said.

Characterizing himself as a "Heinz 57," Mr. Wah's father was half-Chinese, his mother Swedish and he grew up "in my father's Chinese-Canadian restaurant." That has helped to fuel his "obsession" to the issue of race and multiculturalism. "And I'm very interested in the whole notion of hybridity and how we negotiate that in our culture," he added.

He points to his book of short prose fiction, Diamond Grill, as a example of that. In it, he looks at family and identity. He is also proud of his 1985 book of poetry, Waiting for Saskatchewan, for which he won the Governor-General's Literary Award.

As for being poet laureate for a Parliament that is overseen by a government considered by some as unfriendly to the arts and culture, Mr. Wah says that makes his position even more fascinating.

"I think one of the interesting things perhaps about this opportunity is to maybe engage with that paradox of politics and poetry," he said. "How does culture really fit into politics, because I am certainly of the belief that all poetry or all creativity is political?

"... There always seems to be a problem in the political spheres around culture, whether it's kind of a very strong grassroots anti-culture or anti-intellectual stance or whether it's wanting to move one way or another. But I love the debate."

Coincidentally, Mr. Wah found out about his appointment just a couple of days before The Globe and Mail weighed in with an editorial calling on Parliament to stop dragging its heels and fill the position. 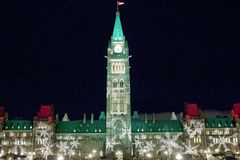 House rises for holidays with lament for 'humbuggish Tories'
December 15, 2011 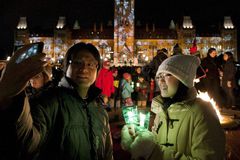