Whatever else will be said about Michael Ignatieff after this federal election campaign, and much of it may not be kind, nobody will ever be able to accuse him of failing to stand up for democracy.

He has been pointed. He has been passionate. He has spoken in sound bites, and he has delivered lengthy sermons set to Bruce Springsteen lyrics. Those who have lamented the treatment of Parliament and its institutions under Stephen Harper's watch could not ask for much more from the leader of the opposition.

Except, that is, for one big shortcoming: The Liberal Leader has not succeeded in getting the majority of voters to share his outrage.

The polls have not moved in the Liberals' favour. Issues of accountability, or respect for democracy, show few signs of registering as a top concern. The Conservatives' expectation that voters would consider the complaints about Ottawa's culture a lot of white noise seems to be panning out.

It was always going to be an uphill battle for Mr. Ignatieff to get most Canadians excited about this topic. But it also needs to be said that, for all his efforts, he hasn't really fashioned a storyline that gives him a chance of doing that.

Mr. Ignatieff has seemed to assume that the evils of running a closed-off government are self-evident. But most Canadians don't live and breathe what happens in Ottawa. So long as the government is ostensibly doing its job, or at least not messing up the things that really matter to them and their families, they don't seem to especially care if journalists or bureaucrats or opposition politicians are treated shabbily by the people in power.

The way to change that indifference, if there is a way, is to relate what happens in Ottawa to the world outside it.

At a time of heightened concerns about the safety of nuclear power, for instance, Mr. Ignatieff might point out that Mr. Harper's government fired our nuclear watchdog when it didn't like what she had to say. He could similarly argue that, as we're struggling to adapt to the challenges of an aging population, the government's neutering of Statistics Canada has deprived us of much of the information we'll need to make intelligent social policy decisions. He would need to find some compelling human interest stories to explain how the culture has consequences - and will have many more of them if Mr. Harper gets a majority government.

It wouldn't be an easy case to make. But it would have more potential impact than telling people who have never attended a political rally that they should be outraged because someone else wasn't let into one.

Still, the latter is what Mr. Ignatieff is demanding. On Friday night in Sudbury, he considered aloud why it is that Canadians seem to be saying "So what" to a litany of alleged injustices - prorogation, the end of the long-form census, the treatment of Helena Guergis. And when it came time to tell them why they should care - why it was time to "rise up," as the Springsteen lyric demanded - he said that it was about what kind of democracy we would hand to future generations.

It was passionate, even noble, and it brought his audience to its feet. But so long as Mr. Ignatieff is just preaching to the choir, it won't get him very far.

Ignatieff channels the Boss, calls on Canadians to 'rise up'
April 16, 2011 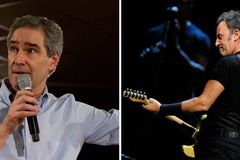 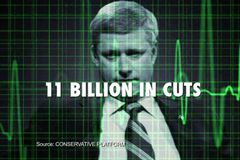 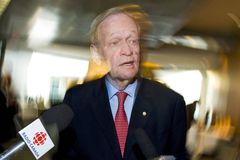 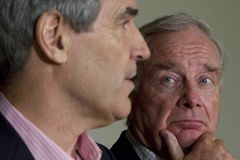