There are doubts in the Tory camp now as to whether the Conservatives will win enough ridings in Ontario to clinch the 155 seats needed for a majority government.

But the Conservatives are determined to shore up their Ontario vote to give a majority their best shot and Mr. Harper is spending Friday on a whistle-stop tour of two ridings where Tories feel they could win.

Mr. Harper ends the day with a rally for Toronto-area candidates in Brampton - where Mr. Ford will officially back the Conservatives, sources say.

There are already significant ties between the Conservatives and Mr. Ford. Finance Minister Jim Flaherty has publicly supported the Toronto politician.

Throughout the federal campaign, Mr. Ford has pledged to support only his close friend Mr. Flaherty. But he says a flood of calls from residents demanding to know his stance on the federal race convinced him to come forth with an endorsement.

"I have followed the campaign closely and asked which party is going to benefit the citizens of the city," the mayor said in a rare one-on-on interview. "After listening to everyone's platform, I believe Stephen Harper and the Conservatives will benefit the taxpayers of this city."

Canadian mayors don't often weigh in on federal campaigns, preferring to stay in favour with all the major parties. Mr. Ford said he would gladly work with any party, but that the Liberal and NDP platforms gave him little choice.

The two have obvious ideological and personal connections. During last year's municipal race, Mr. Ford ran on a platform of reducing the size and cost of government.

During a scrum earlier this month he said he would be campaigning for Mr. Flaherty, but held back from endorsing any other candidates. For several weeks, he has had a large lawn sign for Conservative candidate Ted Opitz in front of his Etobicoke home. His former campaign manager, Nick Kouvalis, is known to be aiding several Conservative campaigns in the GTA.

Mr. Harper, meanwhile, began his pitch for Toronto votes early Friday, telling reporters at a Montreal campaign stop how he feels his party has "delivered" benefits for the city of Toronto, despite the fact that residents in that municipality have sent no Tory MPs to Ottawa. All Conservatives seats so far have been won in the surrounding suburbs.

"We may not have won seats in the city of Toronto in or the city of Montreal but nevertheless our hardworking Conservative ministers and MPs made sure priorities in these areas got taken care of," the Tory Leader said.

"We can make sure things happen even better by having strong representatives who can actually speak on the ground, not just for what people are against in Toronto and Montreal but what they're for."

The Kingston and the Islands riding Mr. Harper is targeting has no incumbent after popular local MP Peter Milliken resigned and the Tories are running a star candidate, former diplomat Chris Alexander, against Liberal Mark Holland in Ajax-Pickering. Mr. Holland won by about 3,200 votes in 2008.

Finally Mr. Harper ends his day with another rally in Brampton, where the Tories hope to unseat several Liberal incumbents including Ruby Dhalla. Ms. Dhalla won by more than 770 votes in 2008. 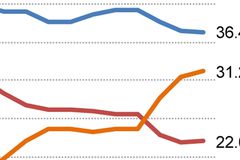 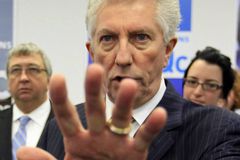 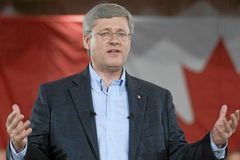 Will Harper regret strategy of running not to lose?
April 29, 2011 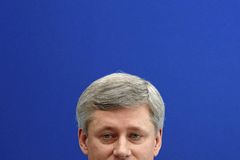 Follow Steven Chase and Patrick White on Twitter @stevenchase @Nut_Graf
Report an error Editorial code of conduct
Due to technical reasons, we have temporarily removed commenting from our articles. We hope to have this fixed soon. Thank you for your patience. If you are looking to give feedback on our new site, please send it along to feedback@globeandmail.com. If you want to write a letter to the editor, please forward to letters@globeandmail.com.
Comments