A Senate page disrupted the Speech from the Throne by taking out a sign saying "Stop Harper" in the middle of the opening of the new parliamentary session.

She was immediately removed from the Senate chamber and fired from her job.

Brigette DePape, from Manitoba, has been working in the Senate for a year. A statement issued in her name said she opposes the agenda of the Prime Minister Stephen Harper's government, which won a majority mandate on May 2.

"This country needs a Canadian version of an Arab Spring, a flowering of popular movements that demonstrate that real power to change things lies not with Harper but in the hands of the people, when we act together in our streets, neighbourhoods and workplaces," the statement said.

She went on to give a series of media interviews. She explained she feels the Conservative government's policies on the environment, social programs and the military are destructive, and that civil disobedience is needed to try and stop them.

"Extreme circumstances call for extreme measures," Ms. DePape said in an interview. "I think that everywhere is the right place to resist the Harper government."

One of her allies said Ms. DePape was detained by Hill security. And Karen Schwinghamer, a Senate spokeswoman, said she "is no longer in her position as a page."

According to the Senate website, Ms. DePape is entering her fourth year of studies in international development and globalization at the University of Ottawa.

From Winnipeg, Ms. DePape travelled to Toronto last summer to take part in anti-G20 protests. She was briefly interviewed by The Globe and Mail during an anti-poverty demonstration on June 25, the day before the primary protests.

After a brief scuffle between police and protesters downtown, Ms. DePape and a dozen fellow demonstrators linked arms and sat in a semi-circle in front of riot police in a bid to ensure police did not move forward and attack the rear of a column of demonstrators who were marching away.

"We're taking a non-violent form of protest – we're trying to keep the police from getting to the other protesters," Ms. DePape told The Globe. In the end, the police held back and Ms. DePape's group eventually got up to join it.

She further described her role in the protests in an article published by the Canadian Centre for Policy Alternatives.

"Using brightly colored rainbow paint, we displayed our concerns with the G20 agenda on the doors and bumpers of our caravan. From "shut down the tar sands" to "sign the UN convention on the right to water", our messages expressed our beliefs that issues central to our vision of a more just and sustainable world are being ignored by the leaders of the G20," Ms. DePape wrote.

The statement that was circulated in her name suggests that Ms. DePape had planned her protest well ahead of time.

"Harper's agenda is disastrous for this country and for my generation," she said. "We have to stop him from wasting billions on fighter jets, military bases, and corporate tax cuts while cutting social programs and destroying the climate. Most people in this country know what we need are green jobs, better medicare, and a healthy environment for future generations."

Ms. DePape interned at the Winnipeg offices of the Canadian Centre for Policy Alternatives last summer, working on poverty-related issues.

"She's extremely passionate about the issues that are dear to her," said Shauna MacKinnon, director of the Centre's office in Manitoba.

Ms. MacKinnon said she was not entirely surprised to learn of Ms. DePape's actions, though she acknowledged it likely went "a bit further" than she would have expected.

The rogue Senate page and the absurdity of Canada's 'Arab Spring' 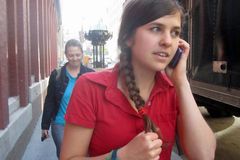 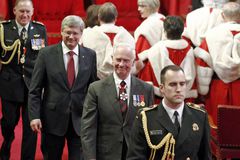 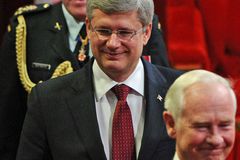 A Throne Speech for winners first - then 'for all Canadians' 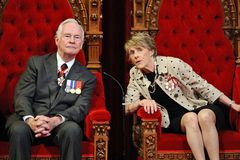