Government House Leader Peter Van Loan is accusing the opposition parties of hypocrisy as the House returns after a week-long break. Not exactly a great beginning to the five-week stretch MPs face before the Christmas holiday.

Mr. Van Loan notes that at the same time as the NDP and Liberals accuse him of shutting down debate with time allocation and closure motions, they are trying to stop any of his bills going forward.

"It's certainly ironic when the opposition tries to suggest we are limiting debate when they are the ones that don't want the debate to go past second reading," Mr. Van Loan told The Globe in an interview.

"I believe every single one of the cases where we brought in time allocation, the opposition parties have brought in motions – they are called reasoned amendments, which is not a very good description because they are quite unreasonable – that feel the bill shouldn't go past second reading," he said. "So as far as the opposition parties are concerned, the debate is already over. They want to shut down the debate."

Mr. Van Loan's office supplied a list of several keys bills on which the NDP or Liberals have brought in "reasoned amendments."

1. Human smuggling bill. It has had six days of debate so far and the Liberals moved a reasoned amendment in their "first speech," according to the Conservatives.

2. Omnibus crime legislation. There has been four days of debate and seven committee meetings. Again, the Liberals moved a motion to halt the process.

3. Copyright reform. The Liberals moved a motion to stop debate, the Conservatives say.

4. Dismantling the Canadian Wheat Board. After three days of debate at second reading, the Liberals have tried to move amendments to prevent further reading of the bill.

5. Scrapping the long-gun registry. It's had three days of debate and the NDP moved to stop it going forward.

6. The Fair Representation Act. The legislation, which expands the Commons by 30 seats, has had two days of debate. The NDP also moved a "reasoned amendment" on this bill.

Despite Mr. Van Loan's accusations that the opposition doesn't want to debate the Tory agenda, the opposition knows it can't win because of the Conservative majority. They are outnumbered.

Besides, Mr. Van Loan argues that three or four hours of debate is sufficient for bills. "During an election leaders debate on all the issues ... that might go two hours. I hear very few people say it wasn't long enough – and that's to decide the whole election."

NDP MP Olivia Chow knows all about the dangers of cycling. As an avid urban cyclist – both Ottawa and Toronto – she's learned to ride "VERY defensively," she said in an email Monday morning.

Thirty years ago, she says she was "doored," knocked off her bike when a driver in a parked car suddenly opened their door as she passed by. But she has not had an accident for a long time.

Conscious of the dangers still, she is introducing a private member's bill to improve road safety, including side guards on "all heavy road trucks." The proposed legislation is aimed at preventing a cyclist from "being trapped in the space between a truck's wheels," according to an NDP release.

She is introducing her bill Monday in memory of cyclist Jenna Morrison, a Toronto mother who was killed after being hit by a truck.

"Canada has more cyclists but government policies have not caught up with the safety of cyclists," Ms. Chow told The Globe. "With increasing commuting time in big urban centres, every one is in a rush. Commuters are frustrated, restless and distracted. A little mistake can be fatal."

In addition, Ms. Chow's Ottawa residence is on Queen Street, not far from where a young public servant, Danielle Nacu, was killed the day after Thanksgiving while riding to work. She was "doored" and then fell into traffic. A white "ghost bike" that pays tribute to fallen cyclists sits near the front of Ms. Chow's apartment.

Five long and cantankerous weeks ahead in Ottawa
May 3, 2018 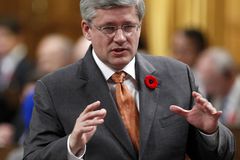 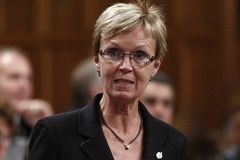 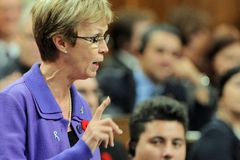