Bob Rae says the Conservatives are simply trying to change the channel from their own ethical difficulties by calling before a Commons committee the Liberal staffer who was caught disseminating the salacious details of Public Safety Minister Vic Toews's divorce.

"These guys are going to try to come up with an initiative every day to try and change the subject, to try to change the page," the Interim Liberal Leader said Wednesday after his party's weekly caucus meeting.

Allegations the Conservative were behind robo-calls that directed voters to the wrong polling stations in the last election have dominated the discourse in the House and the headlines in the media.

But Mr. Rae was forced to admit earlier this week that it was Adam Carroll, a staff member in Liberal research bureau, who was behind the Vikileaks30 Twitter account that targeted Mr. Toews.

Dean Del Mastro, the parliamentary secretary to Prime Minister Stephen Harper, says he will call Mr. Carroll to account for his actions at a meeting of the standing committee on access to information, privacy and ethics.

Mr. Toews has also asked House of Commons Speaker Andrew Scheer to consider whether the release of his personal information through Vikileaks was a violation of his parliamentary privilege.

"The Conservatives are going to have to decide how many forums do you want to have, how many things do you want to get going," Mr. Rae said. "I think everybody has to understand that this is not about that issue. This is about trying to change the channel and we're not going to let them get away with that."

Mr. Rae did not give a direct reply when asked if a member of the Liberal Party would appear at the committee on behalf of Mr. Carroll.

When the Conservatives had a minority government and opposition members called Conservative staffers to appear before committees, the government sent cabinet ministers instead, arguing it was the ministers, and not the staff, who were responsible for their actions.

When cornered after the weekly Conservative caucus by reporters who wanted to know about the robo-calls, Mr. Del Mastro, said anyone who engaged voter suppression should be held to account.

But he was clearly more comfortable talking about the actions of Mr. Carroll.

"I find it very distressing when we actually have an individual who was caught by an investigation by the Speaker .... who was forced to come forward and acknowledge the dirty, sleazy underhanded tactics that he undertook," Mr. Del Mastro said.

When reporters pointed out that Mr. Carroll's actions were legal, he replied: "Oh you would call them legal? Would you also call them tasteful? Do you think it's an appropriate use of parliamentary resources?"

Mr. Carroll has got a lot to answer for, Mr. Del Mastro added. "Did he use House resources for this? Was he being paid by the taxpayers when he was conducting this dirty, sleazy attack on a sitting minister?"

In fact, using government computers for partisan purposes is something the research bureaus of all parties do every day. And former Commons speaker Peter Milliken has said he can't see what parliamentary rules might have been broken if an anonymous Twitter user were using parliamentary resources to send the Vikileaks messages.

The House of Commons Internet policy, however, does say it is forbidden to use government computers to send "images, information or material intended to annoy, harass or intimidate another person." 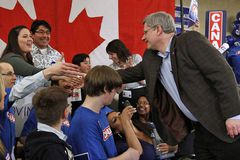 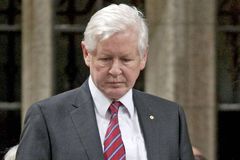 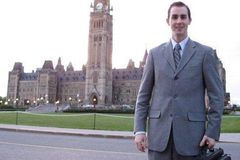 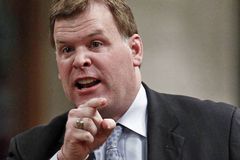 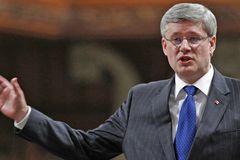