Once again, the House of Commons has passed legislation against the will of Prime Minister Stephen Harper - this time, to protect the rights of transgender and transsexual citizens. Once again, it is likely to die in the Senate.

Bill C-389 would amend the Canadian Human Rights Act to protect the rights of transgender or transsexual citizens. It would prohibit discrimination on the basis of "gender identity" or "gender expression" in the workplace or elsewhere, and would amend the Criminal Code so that crimes committed against people because they are transgender or transsexual would be treated as hate crime.

Because it is a private member's bill, sponsored by NDP MP Bill Siksay, C-389 should have had little chance of clearing the House of Commons. But MPs from all parties, including several Conservatives, rallied behind the legislation, which passed third reading on Wednesday night by the narrow vote of 143 to 135.

While Mr. Harper and most of the Conservative caucus voted against the bill, six Conservatives stood to support it, including House Leader John Baird, Foreign Minister Lawrence Cannon and Heritage Minister James Moore.

The NDP and Bloc Québécois supported the bill unanimously, but seven Liberals opposed it.

"Bill C-389 is a danger to our children," said Charles McVety, president of the Institute for Canadian Values. "If 'gender identity' is enshrined in the Criminal Code of Canada, any male at any time will be permitted in girls' bathrooms, showers and change rooms as long as they have an 'innate feeling' of being female."

The bill's supporters say nothing in the bill would change the criminal prohibitions against voyeurism. But the debate is likely to be short-circuited in any case, since the legislation has little chance of making it through the Senate.

The Conservatives, who have a majority in the upper house, have adopted the tactic of using the Senate to block private members' bills passed by the House of Commons that don't accord with the government's agenda.

Legislation to force the government to act on climate change was defeated last year, while bills requiring Supreme Court judges to be bilingual, providing tax credits for university graduates who work in certain regions, and offering restitution for Italian Canadians interned during the Second World War lie in limbo.

Since Prime Minister Stephen Harper does not support the transgendered rights legislation, it may well face similar purgatory when it arrives in the Senate.

Marjory LeBreton, Government Leader in the Senate, said she "couldn't hazard a guess" as to how quickly C-389 might make it through the upper house. The vote will be free, she said. "Personally, I'm sort of ambivalent about it."

Mr. Siksay remains optimistic. "I don't think this is a partisan issue," he said in an interview, "it's a human rights issue." The Senate has risen above factional interest in support of human rights before, he said, and he is counting on it to do so again.

Even if the bill does progress through the Senate, a spring election over the upcoming budget is becoming increasingly likely, which means that any legislation that isn't on the brink of royal assent is likely to perish.

Those fighting to protect the rights of sexual minorities won a moral victory with the passage of C-389 through the House. It may be the only victory they are able to enjoy. 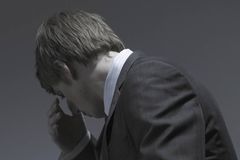