Jack Layton and his fellow 102 NDP MPs will not heckle or behave badly in the House of Commons. The new Opposition Leader made this commitment Thursday as he unveiled a 43-member shadow cabinet that will go toe-to-toe with Stephen Harper's 39-member front bench.

Mr. Layton says Canadians sent him back to the Hill - with a much bigger team - to fix Ottawa. Hence, the no-heckling decree (though we'll see how long that lasts).

"The mandate we've been given is to hold the Harper government to account," Mr. Layton told reporters, adding that he has given his shadow cabinet orders to fulfill his "commitment to Canadians to strike a new tone in Parliament."

He said his new group of MPs are not in the "habit" of heckling, interrupting or behaving poorly. And he doesn't want them to start, believing they will help elevate the tone in the Commons, which has been disintegrating over several years of minority government.

The NDP Leader's new team is a good mix of veterans and rookies. And Mr. Layton has placed several women - 40 per cent of his caucus is female - in strategic roles.

Toronto's Peggy Nash, who served as an MP between 2006 and 2008, is now finance critic - a job that rarely goes to a woman. Former MP Judy Wasylycia-Leis, who had stepped down to run unsuccessfully for the Winnipeg mayoralty, served briefly in the post when the NDP was only the third party in the House. She was moved to health after Thomas Mulcair was elected in a 2007 by-election as Mr. Layton's first MP from Quebec.

In this shuffle, Mr. Mulcair remains as deputy leader and takes over from veteran British Columbia MP Libby Davies as House Leader. She moves to the health portfolio, where she will be pushing for more doctors and nurses and monitoring crucial negotiations for the 2014 health accord with the provinces. She will also chair Mr. Layton's planning and priorities committee.

In building his shadow cabinet, Mr. Layton stressed consistency and stability - as the Prime Minister did in keeping his core ministers intact.

A newcomer to one of the top shadow cabinet spots is Jasbir Sandhu, who defeated Dona Cadman in Surrey North. Mr. Sandhu will take over as public safety critic; he's got some experience in that field as an instructor at a the School for Public Safety and Security at the Justice Institute of British Columbia. According to his biography, the school provides training to police officers, firefighters and taxi drivers.

Another new face, Gatineau MP Francoise Boivin, will serve as status of women critic. An effective communicator, she'll be going up against Rona Ambrose on women's issues. Ms. Boivin also has parliamentary experience, once serving as a Liberal MP before switching over to Mr. Layton's team in the 2008 election but losing her bid for a Quebec seat.

Two other rookies have been given top posts - Robert Chisholm, the former NDP leader in Nova Scotia, who defeated Liberal Mike Savage in Dartmouth, is the trade critic. And Quebec MP Tyrone Benskin, an actor who has performed at Stratford and a writer and director, is the new heritage critic. 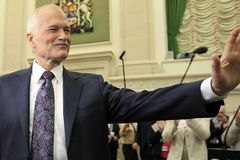 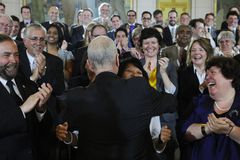 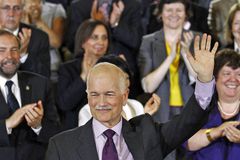 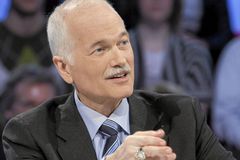 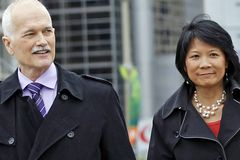