The federal government says it has concluded there is no definitive evidence Canadian-made combat vehicles were used to commit human-rights violations in Saudi Arabia last summer, but nevertheless plans to enshrine in law a "substantial risk" clause it promises will apply tougher scrutiny to future arms exports.

Last July, for the first time, videos and photos surfaced of the Saudis using Canadian-made armoured vehicles against the population in Awamiyah, a minority Shia Muslim area.

Foreign Affairs Minister Chrystia Freeland on Thursday announced the result of a probe her department conducted into that incident. The Saudi embassy in Canada has defended the use of this Canadian equipment in 2017 as necessary to fight terrorist threats to the kingdom.

"Officials at Global Affairs Canada found no conclusive evidence that Canadian-made vehicles were used in human-rights violations. That was the independent, objective opinion of our public service and the advice given to me as minister," Ms. Freeland told MPs on the Commons foreign affairs committee.

The government has not committed to releasing the internal report on this investigation.

"We believe in a fact-based approach and we believe in relying on the counsel of our public service."

"The issue raised some concerns for me and that is why … now is the time on a going-forward basis for Canada to move to a more rigorous system of control over arms exports."

Ms. Freeland said the Liberals plan to legislate a clause in Canadian arms export legislation that would require the department to ensure – before approving export permits for controlled goods such as military equipment – that there was no substantial risk such equipment could be used to commit human rights violations.

The effect of the change, ONE OF her officials said, means that Canada's foreign affairs minister would be legally required to refuse an export permit application if a substantial risk were proven.

"This will mean changes in how Canada regulates selling weapons. This is the right thing to do," Ms. Freeland told the parliamentary committee. "Let me be clear: From this day forward, I want us to hold ourselves to a higher standard on the export of controlled goods from Canada."

Ms. Freeland also said the government plans to add language to arms control law that would require Ottawa to consider matters such as "human rights, peace and security and gender-based violence" when assessing exports.

Amnesty International Canada secretary-general Alex Neve urged the government to make public the results of the probe and said he was disappointed the government is not yet convinced to suspend exports under the $15-billion deal brokered by Ottawa that will send more armoured vehicles to Saudi Arabia "at a time when Saudi forces are responsible for widespread human rights violations and war crimes in neighbouring Yemen."

However, Mr. Neve welcomed the plan for a "substantial risk" clause in arms export legislation. He said he hopes this would enshrine a "clear legal obligation that would require the [foreign affairs] minister to turn down – with no discretion to the contrary – arms deals that contravene those criteria." The human rights advocate said this would be "a significant advance."

Some critics on Thursday warned the government's emphasis on the fact that the probe had not found conclusive evidence the Canadian vehicles were involved in rights violations redefines the traditional test that is supposed to be applied to weapons exports in a way that makes it easier for Ottawa to allow them.

Guidelines currently put the onus on the Canadian government to restrict exports unless it can be demonstrated there is no reasonable risk the goods might be used against civilians. Mr. Jaramillo noted the restrictions on arms exports called for under the global Arms Trade Treaty are also based on a risk assessment rather than evidence, which can be hard to retrieve.

"The key criterion to assess the likelihood of misuse of military exports is 'reasonable risk' not 'conclusive evidence,'" Mr. Jaramillo wrote in a statement. " In fact, the word 'evidence' does not appear a single time in either the international Arms Trade Treaty or in Canada's own annual report on exports of military goods. Yet Ottawa continues to confuse and conflate these clearly distinct concepts in its efforts to justify its determination to continue arming Saudi Arabia."

Mr. Jaramillo nevertheless applauded the announced "substantial risk clause," saying without that, the federal minister of foreign affairs would continue to have "virtually unchecked discretion to authorize any and all military exports."

The footage from last summer featured military equipment made by Terradyne Armoured Vehicles of Newmarket, Ont., but one clip also showed combat machines made by General Dynamics Land Systems being deployed. The second vehicle is manufactured in London, Ont.

The House of Saud's use of Canadian fighting vehicles against its Shia population in eastern Saudi Arabia goes to the heart of a long-running controversy over whether the Liberal government is violating Canada's weapons export-control rules by allowing a $15-billion deal to sell more vehicles to Riyadh.

The NDP's Ms. Laverdière urged the minister to release the report. She said by the assertion that Ottawa cannot stop the exports unless definitive proof is found departs from existing guidelines. "It's not conclusive evidence that she needs. The current rules say we should not export unless it can be proven there is no reasonable risk they would be used to commit abuses."

While the Harper government brokered a recent $15-billion combat vehicle deal with Saudi Arabia, the Trudeau government in 2016 approved export permits for the bulk of the deal. The Liberal government said then it felt there was no reasonable risk the machines would be used against civilians in Saudi Arabia. 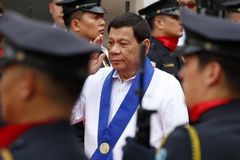 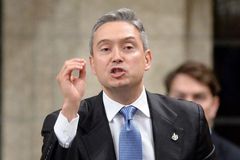