The federal government is boosting its commitment to veterans, spending $200-million over five years to help those suffering from operational stress injuries and fund the creation of a new assessment and treatment facility in Halifax.

Veterans' advocates welcomed the funding, but remained skeptical about the seriousness of the government's support, given that $1.13-billion in funding budgeted for programs has been allowed to lapse since the Tories took power in 2006. Documents tabled in the House of Commons last week revealed that roughly one-third of the unused money was handed back by Veterans Affairs between 2011 and 2013 when the government was engaged in a massive deficit-cutting drive.

The Conservative government has been criticized by veterans' groups for its handling of mental health issues in the forces and among ex-military personnel. Some 128 members of regular forces and 32 reservists have killed themselves in the past decade.

Mr. Fantino told reporters in Halifax that the lapsed $1.13-billion is "not lost money" and has been put back into veterans' programs.

"That has taken on a life of its own," he said. "It's totally false in the context that it's been portrayed. We are not in any way, shape or form disadvantaging any veteran who does need help."

"We're pleased that they're putting money into the program," said Michael Blais, founder of the Canadian Veterans Advocacy group, about Sunday's announcement. "Any money applied to mental health, considering the crisis that is going on, is positive. However, $200-million over five years amounts to $40-million a year and when you see all that they are promising in terms of programs – I don't think that $40-million is going to fund it.

"So I tend to think this is another headline without substance," he said.

NDP veterans affairs critic Peter Stoffer said the government has to follow through and hire the people and spend the money that is being promised.

"To give the government credit, they are talking about it; they have made this announcement, so that's a good thing," Mr. Stoffer said. "But of course, words mean not very much if you don't back them up with human and financial resources."

The announcement comes as Auditor-General Michael Ferguson is also due to report Tuesday on mental health in the Canadian Forces. The auditor-general provides the government with advance warning of its findings in order to receive comments from relevant departments.

In addition, the Operational Stress Injury clinic is to open in Halifax next fall as Canadians are expected to head to the polls for a federal election. David MacLeod, an Afghanistan veteran critical of the way veterans have been treated, was recently nominated as the Liberal candidate to run in the Central Nova riding against Mr. MacKay.

Mr. MacKay denied the announcement was timed to get ahead of the criticism. "This is something that has been in the works for a long time and it's part of a continuum of programs and investment that we have made since '06," he said, adding that 90 per cent of the funding will go directly to services and not "bureaucrats."

The new facility for Halifax, he said, is not just "building physical infrastructure" but will bring experienced personnel with clinical experience to deal with operational stress injuries.

In addition to the Halifax clinic, satellite clinics are to expand their services across the country – in St. John's, Nfld., Chicoutimi, Que., Pembroke, Ont., Brockville, Ont., Kelowna, B.C., Victoria and Montreal, according to the announcement.

Mr. Nicholson noted, too, that some of the money is being used to digitize the health records of someone who is leaving the Canadian Forces. He said this will expedite the transfer of documents to Veterans' Affairs so that person can receive treatment more quickly.

Veterans Affairs will also work with the Mental Health Commission of Canada to develop a veterans-specific Mental Health First Aid training program across Canada, which will be delivered to an estimated 3,000 veterans, their families and caregivers over the next five years. The federal government will fund research to find better treatments and promote faster recoveries for veterans and their families who suffer from mental illness. 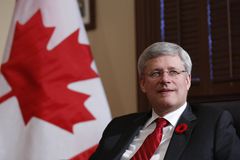 Follow Jane Taber and Shawn McCarthy on Twitter @janetaber1 @smccarthy55
Report an error Editorial code of conduct
Due to technical reasons, we have temporarily removed commenting from our articles. We hope to have this fixed soon. Thank you for your patience. If you are looking to give feedback on our new site, please send it along to feedback@globeandmail.com. If you want to write a letter to the editor, please forward to letters@globeandmail.com.
Comments