A report from the Commons Standing Committee on the Status of Women tabled on Monday afternoon made 45 recommendations after hearing from 99 witnesses during a year-long study of violence against young women and girls.

The committee specifically recommended that Statistics Canada resume collecting national numbers on unfounded cases of sexual offences through the Uniform Crime Reporting Survey, and provide appropriate training for the standardization and consistency of data collection from police services. The agency stopped publishing the information in 2003 amid concerns that cases were being misclassified or not recorded at all. It stopped collecting the data in 2006.

Unfounded: Why police dismiss one in five sexual assault claims as baseless

The recommendation comes after a 20-month investigation by The Globe revealed that police dismiss one in five sexual-assault claims as baseless, or "unfounded." The Globe gathered data from more than 870 police forces, exposing deep flaws at every step of the process.

"We have a patchwork of responses across the country," NDP committee member Sheila Malcolmson said during a press conference on Monday. "The Globe and Mail reporting on the unfounded crisis has really highlighted this need and we just heard this reinforced again and again."

Witnesses voiced their concerns to the committee about the high unfounded rates in cases of sexual assault, according to the report. For instance, the Antigonish Women's Resource Centre and Sexual Assault Services explained: "Women who do report to police, too often recount experiences of feeling blamed, judged, interrogated and dismissed – their trauma misunderstood, not recognized or used to support claims that their stories and, therefore, their characters, are not credible."

Another witness, Farrah Khan, sexual-violence support and education co-ordinator at Ryerson University, told the committee a system in Philadelphia's police department that brings in outside experts once a year to go over unfounded sex-assault cases is a promising practice.

The report called on the federal government to establish sexual assault advocates within law enforcement and legal bodies. More specifically, it recommended these advocates ensure complainants are aware of the full range of laws, services and options available to survivors of sexual assault, including outside of the criminal justice system, and that there is a "trauma-informed and survivor-centric approach" throughout the legal process.

The Globe interviewed dozens of people who deal with victims of sexual assault, and increased police training was one of the most common suggestions for improving the investigative process. Monday's report echoed that, recommending that the government implement a "mandatory educational curriculum" on gender-based violence and sexual violence for the RCMP and other federally regulated law-enforcement officers.

The report also recommended similar training for the judicial field as well, calling on Ottawa to provide funds to the National Judicial Institute "for the express purpose of developing comprehensive training on gender-based violence and sexual assault for the judiciary and those seeking to become part of the judiciary, and … encourage all judges to participate in this training."

A month after The Globe and Mail published its investigation, interim Conservative Party Leader Rona Ambrose introduced a private member's bill requiring training for would-be judges on issues involved in sexual assault cases. The House of Commons has unanimously agreed to fast-track Bill C-337 to a committee stage.

Status of Women Minister Maryam Monsef is expected to unveil a federal strategy to prevent gender-based violence soon. The committee called on the minister to consider its report when creating that strategy.

"The report includes 45 recommendations that cover funding for current services, items to collaborate with the provinces and territories, and actions that we can take federally to work towards eliminating violence against young women and girls in our country," said Conservative MP and committee chair Marilyn Gladu.

"We heard much that was hard to hear, but we call upon the government to consider our report and take swift action." 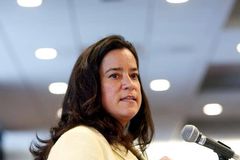 Opinion
Sexual assault cases are distressing. But the forces of opposition are heroic
March 3, 2017
Follow Michelle Carbert on Twitter @michellecarbert
Report an error Editorial code of conduct
Due to technical reasons, we have temporarily removed commenting from our articles. We hope to have this fixed soon. Thank you for your patience. If you are looking to give feedback on our new site, please send it along to feedback@globeandmail.com. If you want to write a letter to the editor, please forward to letters@globeandmail.com.
Comments