The federal government has revealed the long-awaited details of a $1.5 billion funding program it says will boost Canada's research stature on the world stage.

The program, announced this afternoon by Prime Minister Stephen Harper during a visit to IBM Canada's headquarters in Markham, Ont., comes hand in hand with a reboot of the government's science and technology strategy, the first such update in seven and a half years.

The strategy will focus on attracting top researchers to Canada and supporting innovation in the private sector, the prime minister said.

"Remaining competitive in the global marketplace of ideas demands long term commitment, Mr. Harper said. "So does competing for the best talent the world had to offer."

The strategy document identifies five "priority research areas" where the government plans to concentrate its support including:

Academic research in the five areas will receive an extra boost through the new Canada First Research Excellence Fund. The fund was named in the federal budget last spring but only today did research institutions finally learn how it will work.

Under the program, Canadian universities and research institutions will compete for funding with proposals that will be evaluated on the basis of scientific merit and alignment with the government's priorities.

Each institution will make its own proposal but institutions may choose to strengthen their bids by teaming up with one another on specific projects.

The fund is to be doled out over a seven-year period, with $350 million of the total $1.5 billion up for grabs in the first round of proposals. Those proposals are due March 2015 — a short time line, but one that universities have already been preparing for with shovel-ready research projects in anticipation of today's announcement.

"We've been consulting with our faculty members since the summer," said University of British Columbia president Arvind Gupta.

Winners of the initial round are expected to be announced later this year — just in time for the upcoming federal election.

Proposals for a second round, which will likely encompass a much larger share of the total fund, will be due some time in 2016.

Research institutions were quick to endorse the program, which they say will help them draw and retain top scientists in areas where Canada already excels.

Despite the praise, today's announcement is unlikely to allay the worries of scientists whose research programs don't match up well with the federal government's priorities or link directly to an economic outcome.

Daniel Woolf, principal of Queen's University and a spokesman for U15 group, made up of the country's largest research universities, acknowledged the concern but said that the strategy is broad enough to allow scientists to "think creatively" about how to frame their own work in terms of the five priority areas.

"There aren't going to be a huge number of winners in the sense of lots of money spread around. There will be a few," said Dr. Woolf. "But I like to think the result will benefit the country as a whole."

Ted Hsu, the Liberal party's science critic, said the government's approach would make it difficult for facilities and researcher teams that serve many areas of science to demonstrate their value. An example, he said, was the Canadian National Ultrahigh-Field NMR Facility for Solids in Ottawa, which used a giant magnet to discern the structure of molecules, and which will be shuttered by March without fresh funds.

"That kind of facility is not linked to one particular strategic outcome," said Dr. Hsu, but it provides a unique-in-Canada service that supports many areas of research.

The most pointed criticisms of the new science and technology strategy relate to what the document leaves out: any mention of restrictions on federal scientists' ability to communicate their research to journalists and the public as well as cuts to government labs.

"The government needs to repair its relationship with scientists," said Kennedy Stewart, the NDP opposition's science and technology critic.  "The update does nothing to address the issue at the centre of government funded research in Canada which is muzzling." 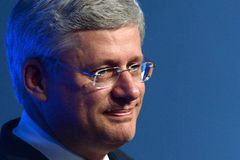 Opinion
What does genomics mean for the environment? Everything
November 26, 2014 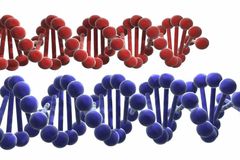 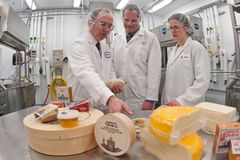