But government insiders say the Trudeau government is prepared to reimpose the restrictions if the number of asylum seekers jumps above a set level.

The officials also expressed concern that asylum seekers in other Latin American countries, wishing to gain entry to Canada, could take advantage of Mexico's weak passport system without having to undergo Canada's rigorous visa screening.

They told the federal cabinet that removing visa restrictions – imposed by the former Conservative government in 2009 to stem a spike in refugee claims – would result in 3,500 asylum claims in 2017, up to 6,000 the following year and 9,000 in 2019.

The Liberal cabinet overrode the bureaucrats but set specific conditions for Mexico to meet, including a partial reimposition of visas if asylum seekers reach a threshold of 3,500 within any 12-month period. Low-risk travellers, having either a valid U.S. visa or a 10-year Canadian visa, would be eligible for an electronic travel authorization.

Sources say Mr. Nieto, who arrives in Canada on Monday, has assured the Canadian government that Mexico will share security and background information on Mexicans travellers, similar to what is done between Canada and the United States.

Mexico will also issue travel warnings to its citizens, explaining that Canada is not an easy country in which to seek refugee status and they must abide by Canadian laws, sources say.

"We are trying to make sure the onus is on them to make sure it is legitimate travel," a senior government official told The Globe and Mail. The official acknowledged there was pushback from Citizen and Immigration officials, but attributed that to years of working for the Harper Conservatives, which took a hardline approach to bogus refugee claims.

At a news conference in Ottawa on Wednesday, Prime Minister Justin Trudeau said he and Mr. Nieto "will work to fix some of the challenges that have been going on for too long, like the visa issues."

Sources say the visa agreement will be announced on Tuesday after bilateral talks between the two leaders. The visa issue has been a sore point with the Mexicans, which the Prime Minister promised to rescind in an effort to develop a much closer relationship with Mexico.

Mr. Trudeau also signalled that Mexico is about to join Canada and the United States in regulating potent greenhouse gases, such as methane gas and black carbon, at next week's North American leaders' summit in Ottawa.

The NAFTA summit, which will be the last for U.S. President Barack Obama, aims to forge a united North American climate strategy to combat global warming while boosting continental trade.

"Obviously, climate change and clean-growth initiatives are going to be at the heart of many of the discussions we have been having with our continental partners and the discussions we will be having at the North American leaders' summit," Mr. Trudeau said.

"Obviously, it will include discussions around the historic methane agreements that we came to between Canada and the United States that we agreed to when I was down in Washington a number of months ago."

A key agreement was to slash methane gas emissions – many times more powerful than carbon dioxide – from the oil and gas industry by 40 per cent.

"This and other issues we are looking to align ourselves as the three partners in NAFTA as closely as possible to demonstrate that in North America, we understand how creating growth that benefits our citizens and protecting the environment for future generations are not opposite goals," Mr. Trudeau told reporters.

Mexico has set aggressive greenhouse gas emission targets. It ranks just behind Canada as the world's 13th-largest GHG emitter – Canada is 11th – though Mexico's per-capita emissions are a quarter of the level of its two northern neighbours.

Mexico is enjoying a renewable-energy boom after dramatically opening up its energy markets to competition and foreign investment, Duncan Wood, director of the Mexico Institute at the Washington-based Wilson Center, told an Ottawa conference on Wednesday.

Mr. Wood said the three leaders will likely agree to formalize their energy and climate relationship in a permanent arrangement, while Mexico will join its partners in commitments to reduce methane and other powerful short-lived greenhouse gases.

The leaders are also expected to endorse the concept of developing international carbon markets, though Mr. Wood said they are unlikely to announce any concrete measures to facilitate the trading of carbon credits. 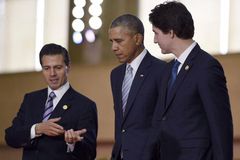 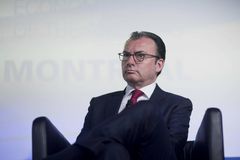 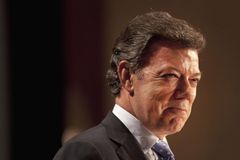 Follow Robert Fife and Shawn McCarthy on Twitter @RobertFife @smccarthy55
Report an error Editorial code of conduct
Due to technical reasons, we have temporarily removed commenting from our articles. We hope to have this fixed soon. Thank you for your patience. If you are looking to give feedback on our new site, please send it along to feedback@globeandmail.com. If you want to write a letter to the editor, please forward to letters@globeandmail.com.
Comments