More than 20 years after Nelson Mandela's release from prison, Ottawa says it has taken steps to loosen restrictions that prevent members of South Africa's governing party from visiting Canada and might finally lift an entry ban altogether.

For two decades, Canada has banned members of the African National Congress, the anti-apartheid movement that Mr. Mandela led. They have usually been obliged to seek a special exemption from the ban if they want to visit Canada.

The Canadian ban applies to any member of an organization that has advocated violence as a political tactic, or engaged in criminal activities. The ANC did both – although it was the apartheid regime that defined the party's actions as "criminal."

Now, however, Immigration Minister Jason Kenney says the long-standing ban is "a problem" and will be addressed by new measures, including a loosening of restrictions on groups that have "fundamentally" changed their nature.

The Canadian ban has led to some embarrassing decisions, including a refusal to allow visits by some of the greatest heroes of the anti-apartheid struggle.

It has also led to some bad publicity for Canada in South Africa. This week, for example, a pro-government newspaper, The New Age, condemned the Canadian policy. "It is an insult to label as terrorists those who fought for the liberation of their people," the paper said.

An ANC spokesman also publicly criticized Canada for its "outdated law," according to a report in another South African newspaper this week.

Liberal MP Irwin Cotler, a former justice minister, has introduced a motion in the House of Commons urging the government to allow visits by ANC members. "It is unacceptable for Canada to treat the heroes of the anti-apartheid movement – a historical struggle for a democratic, egalitarian and non-racial South Africa – as presumed terrorists," he said.

Past and present ANC members "should not be presumed inadmissible to Canada solely on the basis of their membership in the ANC," he added.

Mr. Kenney says the government might relent. "We agree with Mr. Cotler that this is a problem," his press secretary said in a statement released by the Canadian High Commission in Pretoria. "He will be happy to know that we are already reviewing this issue and will take steps to address it."

Under new guidelines issued in October by the Canada Border Services Agency, the ban can be eased if an organization is deemed to have undergone a "fundamental" change, the statement said. This could apply to the ANC, which long ago renounced violence and has been the governing party in South Africa for the past 18 years.

In an interview, Mr. Cotler said the visa issue was raised by several of the senior cabinet ministers and top ANC members whom he met in a visit to South Africa last week. Canada's insistence that they apply for a special exemption is humiliating and painful to them, Mr. Cotler said.

But he said the promise by Mr. Kenney also does not go far enough. The new guidelines to Canadian immigration officials could be interpreted in different ways, leaving too much discretion in the hands of the officials, he said. Instead the ban should be lifted by legislation, he said.

Among the prominent anti-apartheid veterans who have been affected by the Canadian ban are former parliamentarian Ahmed Kathrada and former cabinet minister Barbara Hogan, both of whom were political prisoners in the apartheid era. When told that they would not be allowed in Canada without applying for special ministerial permits, which cost more than twice as much as a regular visa, they cancelled their planned visit to Canada.

The United States has a similar policy of requiring special waivers for ANC members who want visas, and it kept Mr. Mandela on a terrorist watch list until 2008. 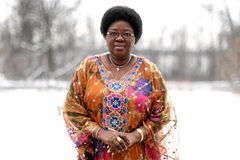 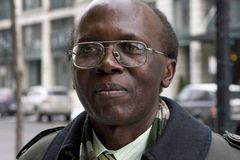 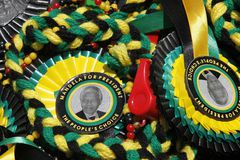 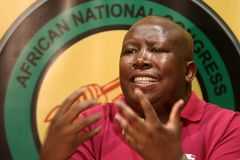 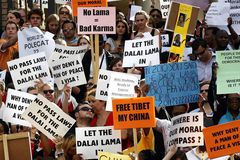 Ottawa mulls closing some embassies in Africa
November 9, 2010
Canada a quiet powerhouse in Africa's mining sector
May 10, 2010
African diplomats make plea to MPs not to cut aid
May 27, 2009
Follow Geoffrey York on Twitter @geoffreyyork
Report an error Editorial code of conduct
Due to technical reasons, we have temporarily removed commenting from our articles. We hope to have this fixed soon. Thank you for your patience. If you are looking to give feedback on our new site, please send it along to feedback@globeandmail.com. If you want to write a letter to the editor, please forward to letters@globeandmail.com.
Comments