The Conservative government has turned to Quebec to create a candidate list for the Supreme Court of Canada, multiple Quebec and federal sources say, as Prime Minister Stephen Harper tries to recover from his failed attempt to appoint an ineligible judge from a court in Ottawa. Until now, the federal government has crafted its own list.

The move is a dramatic climbdown for the Harper government, after it almost entirely ignored Quebec's top judges and lawyers when it tried to fill a vacancy reserved for that province on the Supreme Court last fall, angering Quebeckers.

Three weeks ago, Quebec Justice Minister Stéphanie Vallée gave the province's completed list to her federal counterpart, Peter MacKay, a Quebec source said. It includes the only two names of Quebec-based candidates from the previous list of six compiled by the Prime Minister's Office and the federal Justice Department: Justice Marie-France Bich and Justice Pierre Dalphond, both of the Quebec Court of Appeal, another Quebec source said.

Mr. MacKay has the list and spoke to Ms. Vallée about it this week. The Prime Minister will make the ultimate choice. "This will not be a joint nomination," a senior federal official said. A Quebec source explained that Ms. Vallée and Premier Philippe Couillard will be able to say they provided the name to the Prime Minister.

"What you have to understand is the process is being outsourced in order to prevent any attack on its legitimacy," that source said.

It is the latest development in a series of firsts in Canadian history – from a judge being rejected by the Supreme Court to the Prime Minister's public dispute with Chief Justice Beverley McLachlin over her attempts to flag the eligibility issue before the appointment was made.

The Supreme Court has been short-handed for nine months, since justice Morris Fish retired. The previous process, created by the Conservative government, involved a selection panel with MPs of all parties whose job was to reduce an initial list of six or so names to a short list of three. That process lies in apparent ruins after The Globe and Mail reported that four of the six candidates last time were from the Federal Court in Ottawa, as the Prime Minister sought a judge closer to his conservative views than he apparently believed he could find in Quebec.

The Prime Minister's choice of a judge from the Federal Court of Appeal, Justice Marc Nadon, was denounced in a unanimous resolution of the Quebec National Assembly last fall. The Supreme Court eventually ruled Justice Nadon ineligible, because as a Federal Court judge he lacked current Quebec qualifications for one of the three seats reserved for the province.

Mr. Couillard has a good working relationship with Conservative MP Denis Lebel, the Intergovernmental Affairs Minister. Both represent the riding of Roberval, one provincially and one federally.

The new process is not meant to be a precedent, the federal source said. It applies to the current vacancy, but will probably not be used to select a replacement for Justice Louis LeBel of Quebec when his retirement takes effect at the end of November. It would be wrong to see the same process being used for the two judges, the federal source said.

But in Quebec City, Ms. Vallée told the National Assembly, "I am persuaded that the collaboration undertaken with my federal counterpart will allow us to chart the course for things to come."

If the Prime Minister does choose Justice Bich, it would be a face-saving pick; interviews with more than 20 Quebec lawyers and academics found she is the consensus choice. Jean-François Gaudreault-Desbiens, who teaches law at the University of Montreal, described her as versatile, rigorous, not ideological and formidable in her ability "to make sense of Quebec's mixed-law environment, and Canada's bijural environment," bringing the province's civil code and the common-law tradition together.

"It surprises me when I heard that possibly the government could be afraid of such a judge," he said.

Politicized Supreme Court fight one of Harper's most imprudent acts
May 26, 2014 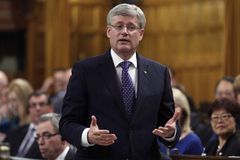 Harper under pressure to review Supreme Court appointment process
May 26, 2014 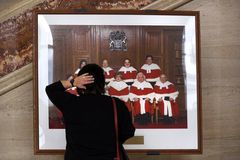 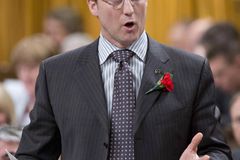 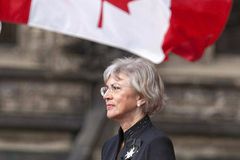 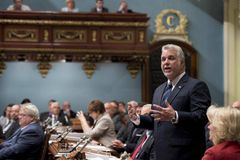