Finance Minister Jim Flaherty and the highest levels of the public service are immersed in a flurry of closed-door talks aimed at tackling the rising costs of health care and retirement benefits in the face of a shrinking number of working-age taxpayers available to foot the bill.

Internal government documents obtained by The Globe and Mail show Canada's aging population is no longer a problem on the horizon, but rather one that will impact the federal government this year. It's a challenge Ottawa is now discussing more openly and with added urgency.

This week Mr. Flaherty kicked off a policy retreat with business and policy leaders in Wakefield, Que., by saying he wanted the discussion to focus on how Canada can position itself now for the longer term – listing "Canada's rapidly aging workforce" as an issue that shouldn't be overshadowed by the current focus on wildly fluctuating stock markets.

"The need to address current challenges must not keep us from tackling the key questions that affect our future prosperity," he said.

The Finance Minister has offered few hints as to how he will approach forthcoming negotiations with the provinces over health-transfer arrangements, which need to be renewed. Provinces – and ultimately Ottawa – face rising health costs as older Canadians will make greater use of the system.

Documents obtained by The Globe show Mr. Flaherty has been receiving regular briefings on "transfer renewal" from his deputy minister for months, but offer no sense as to Ottawa's negotiating position.

Canada, currently the 27th oldest country in the Organization for Economic Co-operation and Development, is on track to become the 11th oldest within 20 years. It's a challenge that will spark debate over Canada's retirement age, fertility rates and immigration, while risking generational tension between a growing population of older voters and a shrinking pool of younger taxpayers.

Last November, Canada's most senior public servant, Privy Council Clerk Wayne Wouters, invited deputy ministers from across the government for a meeting on demographics in Ottawa's Langevin Block. There they reviewed a draft report on the impacts of Canada's aging population. Unlike past warnings on the topic, this report did not paint it as a problem looming in the distance.

"The oldest baby boomers start to turn 65 in 2011, meaning the dependency ratio will start to increase significantly in a matter of months," states the draft report, which was obtained in redacted form by The Globe under Access to Information.

Prepared by officials at Human Resources and Skills Development Canada and Finance Canada, the report is full of alarming statistics. It also lays out several measures the government could take to limit the impact, including incentives to boost fertility rates, bring in younger immigrants and encourage Canadians to work longer.

"A Canada where seniors outnumber children is uncharted territory," the report states.

"Our Government has done more to support older workers than any before," she said in an e-mail.

Monte Solberg, who preceded Ms. Finley as Human Resources minister and retired from politics in October, 2008, said incentives for older workers were among the easiest options – politically speaking – available to the Conservatives in the face of an aging population.

Now, he says, the government will have to consider the hard ones, like raising the retirement age – a move so controversial he says it would likely require a Royal Commission to build public support.

Even more pressing are the upcoming negotiations on health-care transfers to the provinces, which currently grow at six per cent a year under the Canada Health Transfer Program that expires in fiscal 2013-14.

"It's a very real problem," said Mr. Solberg in an interview. "It's easily the largest unfunded liability that we have, without question, because we have this wave coming at us [and]there's no extra money that's set aside to address it."

Ratio of workers to seniors in Newfoundland in 2010

Ratio of workers to seniors in Newfoundland by 2050

Percentage of Quebec's population that is seniors

Percentage of Quebec's population that will be seniors in 30 years

Source: Canada's Changing Demographics: The Impacts of Population Aging, a draft internal HRSDC report marked secret and dated Oct. 27, 2010, that was circulated in advance of a Nov. 3 meeting of the Coordinating Committee of Deputy Ministers.

new
Cuts, not stimulus, best as 'economy will grow,' Prime Minister insists
May 3, 2018 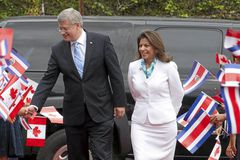 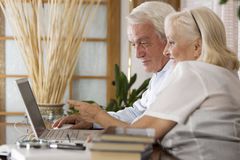 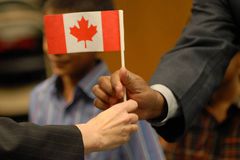