An internal study by the Justice Department, never made public, praised Canada's so-called "faint hope" clause for murderers even as the Harper government pressed for - and won - its elimination.

The controversial clause, which allowed first- and second-degree murderers to request an early parole hearing after serving 15 years in prison, was repealed just two days before the federal election was called.

The repeal was opposed by the New Democrats and Bloc Québécois, but passed with the support of the Liberals after a difficult journey through committees of the Senate and House of Commons.

A key, taxpayer-funded study supporting the faint hope clause never entered that debate because it was not released by the Justice Department.

The June, 2010 report, by researchers Ting Zhang and Lisa Ha, looked at whether the faint hope clause was working as designed after its introduction in 1976 and substantial tightening in 1997.

Drawing on detailed data from the Correctional Service of Canada, the authors found that the system has worked well.

"Over all, the analysis indicates that the faint hope clause is not a free pass for individuals convicted of murder," says the study, obtained under the Access to Information Act.

"Those granted reduced time under faint hope do better in the community than other offenders. Lower recidivism rates from faint hope offenders suggest that decisions to release early are based on fairly accurate assessments of an offender's risk to reoffend."

The faint hope clause was introduced the same year as a free vote in Parliament eliminated the death penalty for Criminal Code offences and instead imposed mandatory life sentences for first- and second-degree murder.

Part of the rationale for the clause, Section 745.6 of the Criminal Code, was to lower the risk to prison guards from murderers serving life with little hope of release - and nothing to lose from unleashing violence.

The clause was also intended to provide offenders with an incentive to rehabilitate.

The checks and balances in the faint-hope system included vetting of early-parole application requests by a judge, and review by the Parole Board of Canada and by a 12-member jury of citizens, whose decision must be unanimous.

But victims' groups lobbied for its repeal, prompted in part by Clifford Olson's faint-hope application in 1997 after serving 15 years for the murders of 11 young men and women. His application was quashed by a jury in just 15 minutes, but the anguished families of Olson's victims chafed at having to make victim-impact statements - especially knowing Mr. Olson could reapply in two years.

The law was tightened that year to prevent multiple-murderers from applying under faint hope.

The Conservative government later took up the cause of victims' families and introduced a bill to repeal faint hope, only to erase the proposed legislation in 2009 by proroguing Parliament. It was reintroduced in April last year as Bill S-6 in the Senate, after Prime Minister Stephen Harper appointed enough Tories to control the upper house.

The internal Justice Department study, completed two months after the Bill S-6 was introduced, was "part of the internal Justice Canada policy development process" but the conclusions are not the department's position, spokeswoman Carole Saindon said in an e-mail.

A spokesman for Canada's defence lawyers, who opposed Bill S-6, said the conclusions should have been made public during the debate.

"If there's a government report that the government has paid for, it should be produced and considered, and there on the table," said William Trudell, chair of the Canadian Council of Criminal Defence Lawyers.

"The bottom line of it is people didn't understand faint hope and the checks and balances in the system. This [Bill S-6]is a piece of legislation that wasn't needed," he said in an interview.

The government's concern in repealing faint hope was for the families of victims, not the criminals, said a spokeswoman for Justice Minister Rob Nicholson.

The study "specifically examined recidivism rates and the use of the faint hope clause, while the primary motivation behind our legislation was to reduce victimization and ensure greater truth in sentencing," Pamela Stephens said in an e-mail.

"It is difficult to imagine what would cause someone to commit first-degree murder, but it is clear that by repealing the faint hope clause, our government has ensured that from now on, the families of murder victims will be spared the anguish of attending repeated parole eligibility hearings where they are forced to relive their losses, over and over again."

Ms. Stephens did not respond when asked why the internal report was not released at the time Bill S-6 was being studied.

Mr. Trudell said he hopes a Tory majority signals an end to the "politicization of criminal justice."

"I think we need a non-partisan approach to criminal justice now. It's not necessary to talk about 'soft on crime' and things like that."

The repeal of faint hope is not retroactive to murderers now serving life sentences, though Bill S-6 also adds restrictions on the timing of applications for early parole for those now in prison.

Correctional Service statistics show about 1,000 prisoners have been eligible under faint hope since 1976 and about 130 received parole. Most remain under parole supervision, though 14 were returned to prison.

What are Canadians really afraid of when it comes to crime?
April 9, 2011 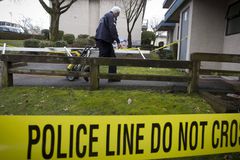 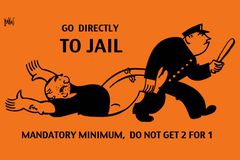 Canada warned not to follow U.S. tough-on-crime 'mistakes'
March 3, 2011
Follow us on Twitter @globepolitics Opens in a new window
Report an error
Due to technical reasons, we have temporarily removed commenting from our articles. We hope to have this fixed soon. Thank you for your patience. If you are looking to give feedback on our new site, please send it along to feedback@globeandmail.com. If you want to write a letter to the editor, please forward to letters@globeandmail.com.
Comments