Striking a distinctly harsher tone than its closest allies, Canada is balking at lifting any of its sanctions against Iran until the Islamic regime fully abandons its nuclear weapons' ambitions.

At least in tone, Canada is positioning itself somewhere between Israel, which has called the agreement a "historic mistake," and the optimism expressed by the negotiators of the breakthrough deal.

"We have made-in-Canada foreign policy," Mr. Baird explained to reporters in Ottawa. "We think past actions best predict future actions, and Iran has defied the United Nations Security Council and defied the International Atomic Energy Agency. Simply put: Iran has not earned the right to have the benefit of the doubt."

The tough talk is in keeping with the Conservative government's staunch support of Israeli Prime Minister Benjamin Netanyahu, and may play well with some members of Canada's Jewish community. But the stand risks marginalizing Canada in international affairs and hurting the roughly 200,000 Iranian Canadians, according to the opposition NDP and a former Canadian ambassador to Iran.

"It just shows you we're on the sidelines of what's happened here," NDP foreign affairs critic Paul Dewar said in an interview. "They've decided to just not be engaged. As [former Conservative Prime Minister] Joe Clark said, 'we just lecture and leave.' That seems to be the way this government conducts itself in foreign affairs. That's unfortunate because it stops us from being influential."

Canada should be working more closely with its allies, using the lure of reduced sanctions to get Iran to change, Mr. Dewar said. "We need to be smart, and to be smart, means being involved," he said.

John Mundy, Canada's most recent ambassador to Iran, said Canada's position isn't that substantively different from the U.S. and other allies, in spite of Mr. Baird's harsh rhetoric. The problem is that Canada has no "functioning relationship" since it cut off diplomatic ties and closed its embassy in Tehran last year, moves that hurt Iranian-Canadians, he said.

"Canada has taken itself out of international diplomacy towards Iran," said Mr. Mundy, now a visiting associate at the University of Ottawa's Centre for International Policy Studies. "It's becoming harder and harder to understand Canadian policy towards Iran."

Rick Roth, Mr. Baird's spokesman, downplayed any suggestion there is a rift between Canada and its allies. He pointed out that Mr. Baird has spoken to his U.S., British and French counterparts as the deal was being negotiated in recent weeks, including U.S. Secretary of State John Kerry. "Our allies are well aware of Canada's position on Iran," he insisted.

The interim agreement reached Sunday would limit the Iranian nuclear program in exchange for initial sanctions relief. The United States said the deal halts advances in Iran's nuclear program, including construction of the Arak heavy-water reactor, which the West worries could yield plutonium, a key atomic bomb ingredient.

The agreement would also neutralize Iran's stockpile of uranium refined to a concentration of 20 per cent, which is a close step away from the level needed for weapons, and calls for enhanced, more frequent U.N. nuclear inspections.

In return, Iran could obtain access to $1.5-billion in revenue from trade in gold and precious metals and the suspension of some sanctions on its automotive sector, and see its petrochemical exports revive.

Iranian oil exports would remain for now at their currently significantly reduced levels.

Speaking Sunday at the Halifax International Security Forum, Justice Minister Peter MacKay said a key question is whether Iranian President Hassan Rouhani can be trusted to abide by the deal. "Does Rouhani even have the mandate to really carry through whatever those details and promises might be?" Mr. MacKay said.

With a report from Jane Taber in Halifax and Reuters

Opinion
All that glitters is not enriched uranium
November 21, 2013 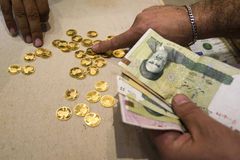 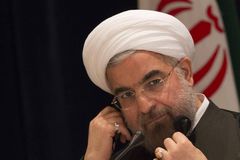