The federal government is moving on a number of fronts as it pushes toward the legalization of cannabis by next summer, including launching public consultations on the proposed excise tax of $1 a gram.

In addition, federal officials are putting the finishing touches on complex regulations that will set the rules for the production and distribution of cannabis "from seed to sale." Once they are made public in coming weeks, the regulations will be the subject of separate consultations, with the government seeking input of everyone from producers to consumers to health experts.

All levels of government are getting ready for the new regime in which adults will be able to legally consume cannabis across Canada. Bill C-45 to legalize the drug has been studied by the health committee of the House and will now return for debate and approval by MPs before going to the Senate for further scrutiny.

At the same time, federal officials said the government is set to launch public consultations on its proposed excise tax on cannabis, the proceeds of which would be split evenly with the provinces. The tax would be $1 per gram on purchases less than $10, and 10 per cent on amounts more than $10.

The provinces have already complained that they should get more than 50 per cent of the excise tax to cover costs associated with legalization, including policing and public education.

Federal officials, speaking about the upcoming negotiations on condition of anonymity, said their proposal was a "starting point" and said the final excise tax framework is up for further debate.

It will be a key issue at the next meeting of federal and provincial ministers of finance, scheduled for Dec. 10-11 in Ottawa.

"The heart of the matter will be the actual amount of the excise tax, and the 50-50 split with the provinces," a senior federal official said.

Ottawa and the provinces have been in discussions for months on the excise tax, with an overall agreement on the need for a co-ordinated approach and a relatively low tax rate to ensure that legal cannabis is competitive with illegal products.

The federal government will also impose sales taxes on marijuana.

According to the Parliamentary Budget Officer, governments will have little leeway to tax marijuana and remain competitive with unlicensed producers. The PBO estimated in a report last year that legal cannabis would cost about $7.50 a gram before taxes, compared with $8.80 for illicit cannabis.

"The government may have little fiscal space to apply tax without pushing the price of legal cannabis significantly above the illegal market price," the PBO report said.

Still, a number of producers have said they can live with the proposed excise tax.

Bruce Linton, co-founder and chief executive of Canopy Growth Corp., said his firm is capable of producing marijuana for $1.28 a gram, making it competitive with illegal producers. However, he cautioned that other costs, such as overhead, shipping and packaging, need to be factored in.

"There is room for everybody to work in this, because the black market isn't a bargain and it won't get cheaper if they face pressures from law enforcement," he said.

Provincial governments are also working to adopt their own legislation to determine how the product will be distributed and consumed. The exercise is delicate as governments across Canada have been struggling to find a consensus between those who are suspicious of legalization and those who want free access to the drug.

Ottawa has insisted on the need for a highly regulated regime to ensure that children don't have easy access to the drug. The government announced last week $36-million in new funding over five years to run education and public-awareness campaigns on the dangers of cannabis and drug-impaired driving.

Experts said it will be easier to run public-awareness campaigns to deter young Canadians from consuming marijuana once the product is legal.

"The prohibition model currently in place in Canada has severely hampered health promotion and harm reduction efforts. The only message we had at our disposal was, 'Just say no,' and clearly that has failed," said Ian Culbert, executive director of the Canadian Public Health Association.

Cannabis activists say their work won’t be over after legalization
November 3, 2017 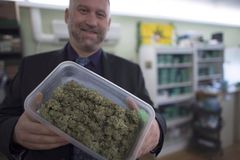 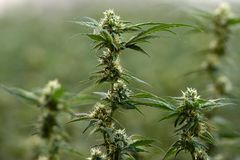 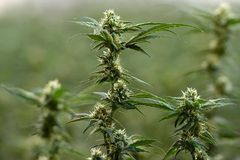 Follow Daniel Leblanc on Twitter @danlebla
Report an error
Due to technical reasons, we have temporarily removed commenting from our articles. We hope to have this fixed soon. Thank you for your patience. If you are looking to give feedback on our new site, please send it along to feedback@globeandmail.com. If you want to write a letter to the editor, please forward to letters@globeandmail.com.
Comments