Ottawa will do "everything we can" to fight provisions of a U.S. farm law that is hurting Canada's meat producing industry, International Trade Minister Ed Fast said Monday.

The provisions, first introduced in 2008, require all packaged meat to identify where the animal was born, raised and slaughtered. Supporters said it better informs consumers, while opponents argue that segregating animals and tracking them adds costs and violates free-trade agreements.

Fast said the legislation undermines North American supply chains and costs the Canadian pork, beef and cattle industry about $1-billion a year. An insistence on country-of-origin labels is blamed for reducing Canadian meat exports to the U.S. by half, as some U.S. companies have said they can't afford to sort, label and store meat from Canada differently than meat from domestic animals.

The Harper government has said it will consider retaliatory measures and will try to enforce a prior WTO ruling that backed Canada's position on the issue.

The next step will be a hearing Feb. 18 at the World Trade Organization.

"We are going to do everything we can to defend and promote Canada's interests, not only on the international stage but in our bilateral relationships," Fast said in an interview Monday after speaking to the Montreal Council on Foreign Relations.

"Now we want to make sure that the United States complies with the ruling of the World Trade Organization."

Fast refused to comment, however, on an internal battle – particularly among Democrats in Congress – over extending fast-track negotiating authority to the president in negotiating international trade deals. The authority would only allow Congress to approve or reject deals and prevent elected officials from amending or filibustering such agreements.

"I'm not going to comment on internal U.S. politics. We are focused on controlling the things that we can control, which is to strongly defend and promote Canadian interests at the negotiating table, with a view to concluding an agreement that is in Canada's best interests."

The authority expired for new agreements in 2007 but continued to apply for agreements already under negotiation.

Concerns are mounting that a potential Trans-Pacific Strategic Economic Partnership and efforts to strike a deal between the United States and the European Union could be delayed unless that authority is extended because trade partners are reluctant to sign off on deals that could later be amended.

The proposed Trans-Pacific Partnership would be a trade deal involving 12 Pacific countries, including Canada with nearly 800 million people and $27-trillion of gross domestic product.

Earlier, in his speech, the minister urged Quebeckers to prepare to take advantage of a federal trade deal, signed last fall with the European Union, before it is ratified to get "first mover advantage" before Americans conclude their own EU agreement.

"Don't wait until this agreement comes into force in two years. Prepare and position yourselves now to benefit from an agreement that will provide dramatically improved access to a market of 500 million well-off consumers," said Fast.

The minister applauded the Quebec governments led by former Liberal premier Jean Charest and Parti Québécois leader Pauline Marois for supporting the deal that could potentially create 80,000 jobs in Canada.

But he criticized the New Democratic Party and its large Quebec caucus.

"Not one of those 59 MPs has had the courage to come out publicly and tell Quebeckers whether they support or oppose this agreement."

The government has released a summary of the final negotiated deal but the Opposition has said it is waiting to see the full text and called on Fast to release internal government documents it says may predict potential soaring drug costs for Canadians.

Protesters, including many carrying union banners, gathered outside the downtown hotel where Fast spoke Monday denouncing the government's trade approach.

However, Fast, referring to the protest, said that Canada "will continue to promote a robust global peace and security policy and ambitious humanitarian goals."

"At the same time we're ensuring that Canada's economic imperatives become a core objective within our broader foreign policy plans." 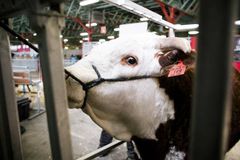 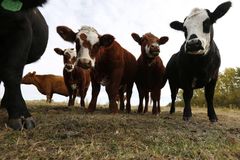 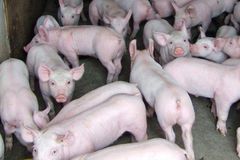 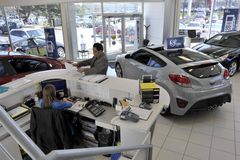 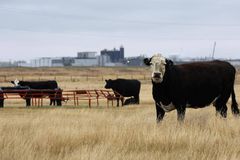 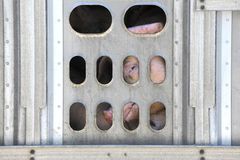