Justin Trudeau's government will miss its self-imposed deadline to fulfill a signature campaign promise on Syrian refugees, as the Liberals announced a slower approach Tuesday to bringing 25,000 government-assisted refugees to Canada.

It could take the government months, or as long as one year, to match the election pledge it made last fall.

Instead of the 25,000 taxpayer-sponsored refugees by Dec. 31, as Mr. Trudeau promised in dramatic fashion during the election, Ottawa will bring in 15,000 government-assisted asylum seekers and 10,000 refugees sponsored by individuals or groups by the end of February, 2016.

Security drove the decision. The Liberals have decided to take more time to do screening of all applicants overseas rather than bringing them to Canada and leaving themselves open to a scenario where would-be refugees are rejected for security concerns but now on Canadian soil.

Immigration Minister John McCallum was unable to say precisely when the other 10,000 promised government-sponsored refugees might arrive in Canada, saying only this would be later in 2016.

"Canadians want us to do it right," Mr. McCallum told reporters on Tuesday. "So we have concluded that in order to do it right, in order to give a welcome that includes not just a smile but also a roof over their head and everything else that they need, it is better to take that additional time."

Tuesday's announcement wasn't without further controversy. Single men will only be admitted if they are accompanying their parents or are identified as members of the LGBT community, federal officials said.

All refugees, the government says, will be admitted into Canada as permanent residents, meaning they will have been screened in countries such as Jordan, Lebanon and Turkey before flying into Canada.

The refugee promise, along with the plan to run three years of deficits to finance a massive infrastructure program, was a key part of the Liberal Party of Canada's election platform that helped to depict Mr. Trudeau as a bold and ambitious leader.

In particular, the vow that the federal government would sponsor, or cover the first year costs, of 25,000 new refugees was seen as a way to ease the financial burden on citizens and non-governmental organizations for the humanitarian endeavour.

For the first year after a refugee arrives in Canada, private sponsors are obliged to cover settlement costs that work out to $12,600 for one individual – including money for furniture and household items and income support – or $27,000 for a family of four.

The Liberal government's plan, announced on Tuesday, leaves private sponsors – individuals or groups – liable to cover the first year's costs for a full 40 per cent of the Syrian refugees who will arrive in Canada by the end of February.

The government cited the need to complete security screening overseas as a reason for the slowdown in arrivals of refugees from what was promised.

"They need to keep their pledge [on government-assisted refugees]," said Alexandra Kotyk, project manager at Lifeline Syria, a refugee group.

Mr. McCallum said that welcoming 25,000 new Canadian "friends" – regardless of the detailed timeline – was proof of the country's generosity.

"It's a happy day and that's a happy outcome," Mr. McCallum said. "This is a national project that will involve all Canadians."

The cost to taxpayers over the next six years will be between $564-million and $678-million, with the bulk of the spending over the first two years.

Details about how this will unfold are vague, including precisely when the first planeload of refugees will arrive in December and the numbers of refugees that each province and city will welcome. Federal officials said the planes will land either in Toronto or Montreal, with Ottawa picking up transportation costs for both government and privately sponsored refugees.

Saskatchewan Premier Brad Wall lauded Mr. Trudeau for abandoning a Dec. 31 deadline to bring all the promised refugees here, saying it was the right thing to do in the interests of more careful security screening abroad.

"I still don't believe there should be a specific deadline at all … all the time that might be necessary to ensure security and successful settlement should be taken," Mr. Wall said.

The government insisted that all refugees will be screened for security and health purposes on foreign soil, either in Lebanon, Jordan or Turkey. Ottawa has sent 500 officials abroad to handle everything from security checks to screening.

In addition to personally interviewing all potential refugees, government officials will check fingerprint and iris scans against databases in Canada and the United States. All of the refugees will also undergo medical examinations and tests for diseases such as tuberculosis, and undergo ID checks before they enter Canada.

Officials declined to say how many applications were rejected on security grounds, saying only the acceptance rate was "very high."

The government's focus will be on admitting full families, women at risk and members of the LGBT community. Orphans will only be welcomed if they have family ties in Canada.

For organizations such as the Canadian Red Cross, Tuesday's announcement is good news. The delay removes the tight deadlines of trying to resettle so many people so quickly.

"This is a government decision today to say … let's not create the pressure in terms of meeting this year's deadline," said Conrad Sauvé, the CEO of the Canadian Red Cross.

Mr. Sauvé says his organization had been preparing for a number of scenarios, including helping thousands of refugees in temporary housing. Screening them before they come into Canada makes the process of transition much smoother, he said.

"What we are seeing now is a lot more work done in Lebanon … to avoid having them stay a long period of time in a temporary shelter before they go to the communities," he said.

With a report from Jane Taber in Toronto 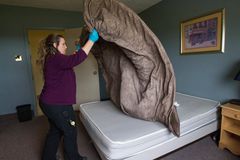 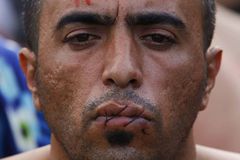 Syrian refugees to start arriving in Canada next week
November 23, 2015 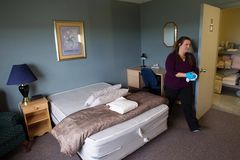