The federal government has yet to conduct a single on-site inspection of employers under the new International Mobility Program, which was created as part of a heavily promoted overhaul of the Temporary Foreign Worker Program.

In response to controversy, the Conservative government moved in 2014 to split the foreign worker program into two, with the creation of a new International Mobility Program aimed at more highly skilled workers.

At the time, the government promised the new offshoot program would include "a robust compliance system, featuring inspections of thousands of employers."

Those promised inspections were aimed at ensuring foreign workers received the wages they had been promised and that workplaces were free from abuse.

Records show that, as of December, 2015, not one on-site inspection had taken place under the program. The department responsible, Service Canada, did conduct 78 administrative inspections, beginning in September, 2015.

Documents tabled in Parliament this week by Immigration Minister John McCallum, the minister responsible for the International Mobility Program, blame the situation on bureaucratic delays.

"In the future, Service Canada will conduct on-site inspections," the documents state. However, this can't occur until Service Canada and Immigration, Refugees and Citizenship Canada complete an information-sharing agreement that is currently being drafted.

The government says the 78 inspections to date were "administrative" in nature, meaning they involved a review of paper work and did not involve an on-site visit. The documents also state that the employers selected for inspection were chosen randomly and no violations were discovered.

The federal government approved more than 214,000 applications under the International Mobility Program in 2015, meaning the number of investigations represent less than 0.04 per cent of approvals.

A spokesperson for the Immigration Minister said the required agreements to allow for on-site inspections should be in place soon, which will lead to more inspections.

The Conservative government's 2014 reforms were in response to controversy over the Temporary Foreign Worker Program (TFWP), particularly involving lower-wage positions such as at a McDonald's in Victoria that was accused of favouring foreign workers over local Canadians.

However, there were also controversies involving higher-skilled positions, including one in which Royal Bank of Canada apologized over a plan to outsource technology jobs via iGate Corp., a U.S.-based company that operates primarily in India.

That plan involved intracompany transfers, a labour category that previously fell under the TFWP but is now part of the International Mobility Program.

The earlier version of the TFWP had several sections, but the 2014 reforms split the program into two. A smaller TFWP has a focus on lower-skilled positions. The reforms made it harder for employers to bring in workers under this program. A new labour-market impact assessment screening process was brought in requiring employers to show they tried and were unable to hire locally. The new rules also included measures that refused applications in regions of high unemployment.

However, the 2014 decision to split the TFWP into two parts also created the International Mobility Program. Under that section, employers can bring in a foreign worker without having to prove they were unable to hire locally.

The International Mobility Program includes workers who come to Canada under free-trade agreements such as the North American Free Trade Agreement. The flow of cross-border labour under the program is expected to increase, should Canada follow through with two proposed free-trade deals. They include the Comprehensive Economic and Trade Agreement with the European Union and the Trans-Pacific Partnership agreement, involving Canada and 11 other Pacific Rim nations. 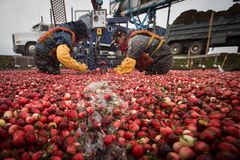 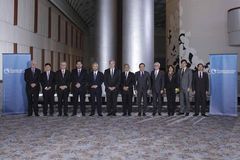 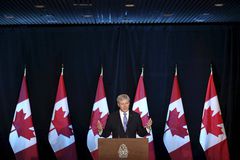