Ottawa's plan to rename the Canadian Museum of Civilization and create a new network of history museums across the country is being met with skepticism in academia and outrage in opposition ranks.

But the federal government said the newly minted Canadian Museum of History will benefit from a fresh influx of cash for a relaunch ahead of the country's 150th anniversary in 2017, in a bid to showcase an apolitical vision of Canada's storied past.

The rebranding of the cultural institution is scheduled to be officially announced Tuesday morning as a first instalment in Ottawa's "road to 2017" celebrations.

The NDP said the decision to reshape the federal institution is another element in the Harper government's "propaganda agenda," highlighted by the renaming of a number of federal institutions in honour of past Conservative prime ministers.

"The Conservatives are relentlessly rebranding everything in their image and Canadian taxpayers are footing the bill for this," said NDP MP Andrew Cash.

Some historians are also concerned by Ottawa's emphasis on military history and political milestones, such as the 200th anniversary of the War of 1812 that was vastly promoted this year by various federal institutions.

"There is a kind of a narrowing of a sense of the Canadian past with this emphasis on the military and on deeds of State," said Allan Greer, a professor of history at McGill University. "The War of 1812 matters, Confederation matters, but the discomfort comes from the sense that so much else is being erased and getting less attention."

Canadian Heritage Minister James Moore refused to go into details, but said his government is intent on improving the country's network of cultural institutions.

"We believe in our national museums. We will build upon the success of all of our museums going forward," he said during Question Period.

In addition to renaming the Museum of Civilization, Ottawa will unveil plans to ensure that federal artifacts are showcased in other museums across the country, and that the newly branded museum will also display material from other institutions.

"The museum is developing partnerships with other history museums across Canada," said the executive director and CEO of the Canadian Museums Association, John McAvity, in an interview. "That is good news. It's not a one-way partnership, it's an equal partnership for exchanges."

Mr. McAvity added the renaming of the federal Museum of Civilization, located in Gatineau, Que., is essential given the existence of the provincial Musée de la civilisation in Quebec City.

"It will end years of confusion. You have two museums with virtually the same name, in the same province," he said. "This will be good for branding, good for awareness and it will given Canadians greater access to their heritage, to their history."

The Canadian Museum of History will still be able to present exhibitions dealing with subjects from around the world. These days, the Museum of Civilization is hosting an exhibition on the Mayas and is getting ready for another one on Haitian voodoo.

However, the newly named institution will be expected to place a major emphasis on domestic celebrations, with a one-time boost in funding to be used for a series of changes to its permanent exhibitions.

"You're going to see a major overhaul of many of the galleries, which will put more of an emphasis on Canadian history and telling stories of Canada," Mr. McAvity said.

The rebranding of the museum is part of a continued effort by the Conservative government to reshape the country's major symbols.

Museum of Civilization to change name, focus only on Canadian history
October 12, 2012 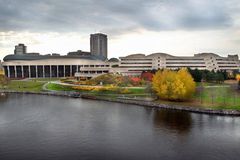 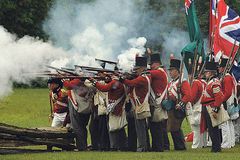