Quebec separatist leaders went to Scotland to find inspiration from the Yes campaign of their nationalist counterparts, but now they jet home to face the harsh reality that the fundamentals of their movement have not been worse in 40 years.

When a poll in early September showed Scotland's pro-independence side ahead in what proved to be only a momentary lead, the issue of Quebec sovereignty surged again to the forefront in the province. Perhaps not in the minds of most Quebeckers, who had thrown the Parti Québécois out of office five months earlier, but certainly among the political class and media. The airwaves filled with musings on whether the Scots would show the way for a third referendum on Quebec sovereignty.

Stalwarts from the Quebec movement and a host of PQ leadership hopefuls flocked to Scotland, and dreamed. "It shows the desire to be independent is extremely topical," Pierre Karl Péladeau, said in an interview published Friday in one of the newspapers he owns. "We've learned from what the Scots have done."

In the midst of the excitement, however, none other than Jacques Parizeau offered a more sobering assessment of the true state of affairs for Quebec independence in a video-recorded speech that will be presented to sovereigntists this weekend. "Sovereigntists today stand before a field of ruin," Mr. Parizeau said in excerpts obtained by Radio-Canada. "There is confusion in their spirits that I have not seen in a very long time."

Those spirits now return to reality: The sovereignty option sits near historic lows in popularity. By the time the Liberal majority mandate is up for renewal, likely in 2018, the PQ will have held power for only 18 months of the previous 15 years. The party is leaderless and divided on the right-left spectrum as well as on fundamental questions of the way ahead for independence. The party's result in the April election was the worst in 44 years.

"We are speaking about separation more now than we were when they were in government," said Stéphane Dion, the Liberal MP who remains the most vigorous and visible separatist fighter in Quebec.

While the PQ obsesses over the national question, the Liberal government appears poised to embark on the most ambitious cost-cutting program the province has seen at least since the 1990s, and perhaps ever. Government leaks suggest everything from the structure of the heath-care system to daycare, parental leave and a wide assortment of school programs, from milk to libraries to special education, are about to be chopped.

"What I've heard in the past few weeks [from the PQ], and what I see in coming weeks, is a discussion on pure theoretical ambitions on how they will make another referendum," Premier Philippe Couillard said Friday. "What about jobs, what about public finances, what about what kind of society we want to live in? I'm not hearing anything about that."

So what have sovereigntists, who came within a percentage point of winning the 1995 referendum, drawn from the Scottish experience? Interim PQ leader Stéphane Bédard highlighted how the United Kingdom accepted a 50-per-cent-plus-one threshold for independence, something Canadian courts and law have left artfully vague at "clear majority."

Alexandre Cloutier, one of the PQ members the party sent to observe the referendum, says he was inspired by how the Scottish movement cut across ethnic and other lines that divide society. "They brought new arrivals into their project. They were united. One of the problems we have is division," Mr. Cloutier told reporters. "We have so much work to do before we can get anywhere close to what they had in Scotland."

Scotland’s No removes potent example of how secession could work Subscriber content
May 12, 2018 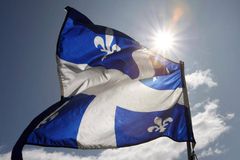 Dear Britain: An open letter from your Canadian cousins
May 12, 2018 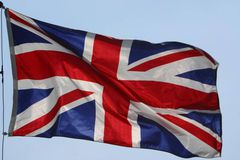 Scotland’s No victory sets stage for devolution dilemma in U.K.
May 12, 2018 Dear Scotland: An open letter from your Canadian cousins
May 12, 2018 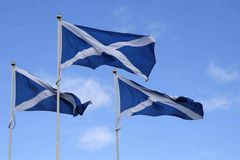 Harper speaks out in favour of Scotland remaining part of U.K.
May 12, 2018 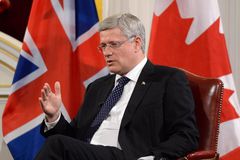