A controversial war memorial incorporating a seven-storey-high statue called "Mother Canada" that was championed by the former Conservative government of Stephen Harper will not be built on the rocky shores of the Cape Breton Highlands National Park, says the head of Parks Canada.

The Never Forgotten National Memorial had been supported by some local communities for its potential economic benefits but was denounced as an offensive monstrosity and a blight on an important geological feature by its many opponents.

Its cancellation comes less than two months after the new Liberal government downsized and moved the planned site of another contentious monument – that one to the victims of communism – from a prominent spot next to the Supreme Court building in Ottawa selected by the Conservative government.

Daniel Watson, the chief executive officer of Parks Canada, said Friday that the agency reviewed the war memorial proposed for the Cape Breton park and concluded there were too many problems preventing its completion by July 1, 2017, the date of its planned unveiling, including the availability of funds to the private foundation backing the project.

"As a result," Mr. Watson said in a statement, "the project will not be moving forward on Parks Canada land."

The Never Forgotten National Memorial Foundation released its own statement saying it "is extremely disappointed, shocked and saddened with today's surprise announcement by Parks Canada."

The foundation has been working with the parks agency for the past four years to create the monument, the brainchild of Toronto businessman Tony Trigiani. "We are heartbroken that our project has fallen victim to politics," said the foundation's statement.

Mark Eyking, the Liberal MP who represents the the riding of Sydney-Victoria in Cape Breton, was not pleased by the decision of his own party – though he said he understood the funding issues were a problem.

The statue's opponents were jubilant.

Sean Howard, the spokesman for Friends of Green Cove, a citizens group created for the sole purpose of stopping the monument from being constructed, said there were many reasons it should never have been considered.

"Even if it had been a statue that we didn't object to in terms of design or message, we were adamant that it didn't belong in a national park," Mr. Howard said.

Parks Canada has a prime directive to "preserve the ecological integrity of what they call the special places in their care. And you don't do that by pouring concrete over them, including this internationally renowned geological formation that is around 400 million to 500 million years of history exquisitely displayed," he said. "It would have been an act of ecological vandalism, federally sanctioned."

Veterans objected to a proposed monument to Canada's war dead that would have displayed the names of corporate sponsors but not the names of fallen soldiers, Mr. Howard said.

And the Vimy Foundation expressed concerns when the Never Forgotten National Memorial foundation trademarked the name Mother Canada, which is the common term for the mournful, draped statue of a mother at the Canadian National Vimy Memorial in France.

Éric Hébert-Daly, the national executive director of the Canadian Parks and Wilderness Society said in a statement that the government made the right choice "by saying no to Mother Canada. This is a good day for our parks."

And Wayne Stetski, the NDP's critic for national parks said that a "seven-storey-high monstrosity" should never have been considered for placement in a national park to begin with. "Thank goodness, Mr. Stetski said, "for the really committed Canadian public that watches what's proposed and watches what's happening in our parks." 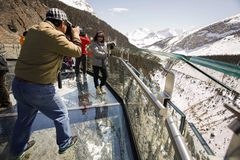 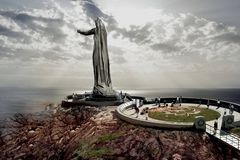 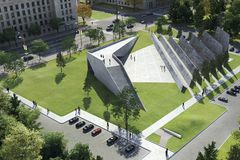