Caught red-handed, the Conservatives have hurriedly disavowed an MP who splashed the party's logo on mock cheques dispensing government funds to a local riding.

But the MPs are free to doctor the cheques in other ways, the government insists.

The misadventure lends credence to opposition concerns that the Conservatives are using stimulus funds and other government spending for partisan purposes, having campaigned against exactly those shenanigans.

"We find it quite despicable that they would be blatant in this, especially when they came to office saying they would do things differently," said Nova Scotia NDP MP Peter Stoffer, who first exposed the Tories' stunt.

"[Mr. Justice John]Gomery was absolutely correct when he said [that]if you blur the lines between government and partisan politics it gets very dangerous." He was referring to the judge who chaired the public inquiry into Liberal abuses of sponsorship funds in Quebec.

On at least two occasions, Nova Scotia Tory MP Gerald Keddy was photographed holding one of those oversized cheques that politicians love to stand beside, accompanied by grateful constituents, when disbursing government funds.

Except that Mr. Keddy had artfully removed the Government of Canada logo and substituted the Conservative Party logo, a clear violation of the Federal Identity Program.

The photo prompted a complaint from Mr. Stoffer to the Ethics Commissioner and a swift disavowal of Mr. Keddy's actions by the Prime Minister's Office.

"Among other things, this means that the Conservative Party logo and wordmark are not to be incorporated into Government announcements."

When asked in Edmonton about the offending cheque, Prime Minister Stephen Harper told reporters, "I think the member in question admitted that was a mistake and should not be repeated."

Indeed, a contrite Mr. Keddy issued a statement Wednesday acknowledging: "This was an unfortunate mistake that certainly will not happen again.

"The use of this logo on a cheque representing public funds was inappropriate."

Except that by Wednesday afternoon, the Liberals had released a raft of photos, taken from Conservative MP websites, with their own names and/or signatures, or that of Mr. Harper, prominently displayed on the mock cheques.

Nothing wrong with that, the government insisted.

But for the opposition, the doctored cheques are just the last straw in a campaign by the Conservatives to manipulate logos, colours, images and advertising to make the party synonymous with government assistance.

"There will be people out there thinking, 'Oh, thank God that Stephen Harper is looking out for me,' " protested Liberal PEI MP Wayne Easter. "It's wrong … it is the heaviest propaganda that this country has ever seen from a government … it's all about making people think that, 'my God, without them government wouldn't operate.' And it's not true."

David Johnson, a professor of political science at Cape Breton University, said no one disputes that government politicians can gain visibility by distributing funding in their ridings. But he believes Mr. Keddy crossed a major line.

"It is a crass and manipulative use of public money for partisan advantage," he said.

Opposition politicians are also convinced that the Conservatives are flowing government stimulus disproportionately to Tory-held ridings. An investigation this week by the Halifax Chronicle Herald appears to bolster that suspicion.

The paper reported that more money - $162-million - is being spent in the three ridings held by Conservatives in Nova Scotia than in the province's other eight ridings put together.

The $87.7-million that Defence Minister Peter MacKay's riding of Central Nova received exceeded that of all five Liberal-held ridings combined.

But Tim Powers, who worked for the Conservatives and opines on their behalf, warned on his Globe and Mail blog Wednesday that the Liberals should take care when accusing Tories of sleaze, because it gives the government yet another opportunity to resurrect the Quebec sponsorship scandal.

"Here is a party that should be careful chasing ghosts as they might find some of their own skeletons," he blogged. "When Liberals handed out cheques in the past, they ended up in the hands of their friends and not rinks in rural Nova Scotia." 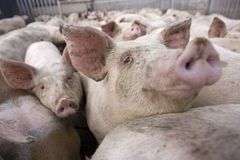 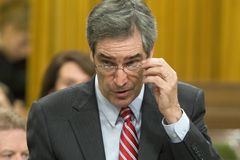 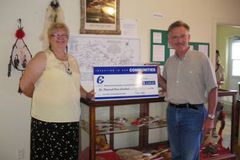 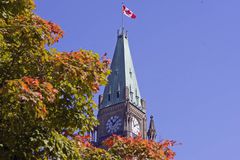 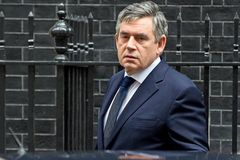 Follow John Ibbitson and Oliver Moore on Twitter @JohnIbbitson @moore_oliver
Report an error
Due to technical reasons, we have temporarily removed commenting from our articles. We hope to have this fixed soon. Thank you for your patience. If you are looking to give feedback on our new site, please send it along to feedback@globeandmail.com. If you want to write a letter to the editor, please forward to letters@globeandmail.com.
Comments