New ways have been found to dramatically reduce the spread of HIV/AIDS, but access to those breakthroughs could be limited by the increasing protection of intellectual property rights – a problem that will be debated when thousands of scientists, activists and government officials gather next week at a major international AIDS conference.

Research findings released last year showed that the risk of infection is significantly reduced if people are given anti-retrovirals shortly after they have been exposed to bodily fluids containing the virus. And the chances that the disease will be spread to a sexual partner are cut by 96 per cent if the infected person is taking the drugs.

"So there is even more urgency to scale up access to medicines," said Richard Elliott, the executive director of the Canadian HIV/AIDS Legal Network who will be at AIDS 2012 in Washington, a biennial event where the global community shares research and discusses ways to limit the toll of the disease.

But at the same time, Mr. Elliott said, many of the world's wealthiest countries are writing regional and bilateral trade agreements that aim to increase the level of patent protection, which would impede access to generics in the countries where they are least affordable.

Canada, for instance, is negotiating a comprehensive trade agreement with the European Union, and all signs suggest it will contain new rules to protect patents that could drive up drug costs here in Canada and limit the production of generic copies. At the same time, Canada hopes to become part of the new Trans Pacific Partnership, a proposed free-trade zone involving countries on either side of the Pacific which would almost certainly impose intellectual property protections.

"There are all these threats that are emerging to the ability of countries to actually source low-cost generic medicines," Mr. Elliott said, "even as the science is saying it's even more urgent to get people on treatment, not just for their own benefit to save their lives but for curbing the epidemic as a whole."

It is an issue that resonates in this country. New Democrat MP Hélène Laverdière has introduced a private member's bill that aims to untie the knots in Canada's Access to Medicines Regime (CAMR), a plan to send low-cost generic Canadian drugs to the world's poor. CAMR is so fraught with red tape that, in eight years of existence, it has been used by just one company to send one AIDS drug to one country.

Her bill is a slightly modified version of one that was passed by the House of Commons in 2011, but died in the Senate when the Conservative minority government was brought down in March of that year. Although the bill had the support of a handful of Conservatives, it was not embraced by the party centre, and Tony Clement, who was then industry minister, urged the Senate to vote against it.

Ms. Laverdière said she expects her proposed legislation will be read a second time in October and then sent off to a Commons committee for study, and she hopes to again have the backing of some Tories.

"The original law that established CAMR was approved unanimously in the House of Commons. So everybody agrees CAMR is a good idea," she said. "So, in principle, it should be agreeable to everybody to do this important gesture which can save millions of lives." 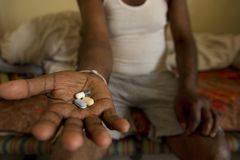 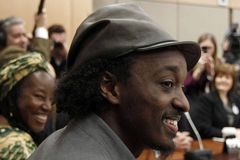 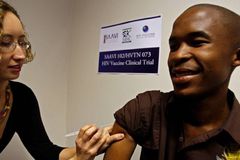 Treatment as prevention - a once-ridiculed idea whose time has come
July 21, 2009
Follow Gloria Galloway on Twitter @glorgal
Report an error Editorial code of conduct
Due to technical reasons, we have temporarily removed commenting from our articles. We hope to have this fixed soon. Thank you for your patience. If you are looking to give feedback on our new site, please send it along to feedback@globeandmail.com. If you want to write a letter to the editor, please forward to letters@globeandmail.com.
Comments