The Parliamentary Budget Officer says this year's federal deficit is on track to come in slightly below Ottawa's fall forecast, largely because of infrastructure spending delays.

The plan to spend billions more on infrastructure spending was a key part of the Liberal government's 2015 election platform, but the PBO has repeatedly noted that actual spending has not kept up with those promises.

In a report released Tuesday, the PBO says the trend continues.

As a result, the PBO now expects the 2017-18 budget deficit to come in at $18.5-billion, which is smaller than the $19.9-billion projected by Finance Minister Bill Morneau in his fall economic update.

The smaller deficit is in spite of the fact that the PBO has also lowered its expectations for federal revenues in light of slightly lower-than-expected economic growth in the second half of 2017.

The PBO previously estimated that only about $1.9-billion of the $3.7-billion the Liberals planned to spend on infrastructure in 2016-17 went out the door.

Government accounting rules allow unspent infrastructure funds to be pushed forward into future years. Federal officials note that sometimes unspent money relates to a project that has in fact started but Ottawa has not yet reimbursed other levels of government for its share of the cost.

"The flow of federal funds is a lagging indicator to project activity," said Brook Simpson, a spokesman for Infrastructure Minister Amarjeet Sohi.

"All funding in our plan remains committed and any funding allocated in a given year that does not flow in that year is reprofiled to ensure that it remains available to the projects and programs to which it is allocated."

Mr. Simpson noted that the Bank of Canada recently said that infrastructure spending is making a positive contribution to economic growth.

Deputy Parliamentary Budget Officer Mostafa Askari said the PBO has looked at provincial infrastructure spending figures to see if construction delays or accounting issues are the main factor for the slower federal spending.

"There seems to be delays. Infrastructure delays are not anything new. It happens. But I don't see it as being just accounting," he said. "If it's just accounting, you should see some of the numbers in provincial accounts, but we don't really see anything there."

In addition to infrastructure programs that were already in place, the Liberal government has approved $11.9-billion in spending over five years for smaller projects, such as repairs of existing roads and buildings and the purchase of buses and new bus shelters.

Mr. Sohi is currently negotiating with the provinces to reach bilateral deals outlining how Ottawa will spend an additional $33-billion over the next decade. This so-called second phase of infrastructure spending is meant to focus on larger projects, primarily for public transit and green infrastructure.

Mr. Sohi wrote to his provincial and territorial counterparts in July to say that he wanted deals in place by March, 2018, "at the latest," but no deals have yet been announced. 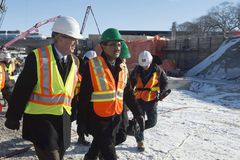 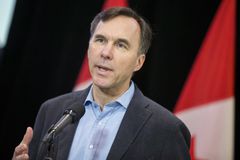 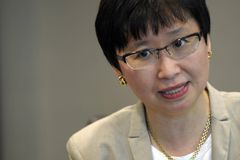