Citizenship and Immigration Minister Jason Kenney said Ottawa had "very serious concerns" about PEI's immigration program long before it decided this week to refer new allegations of corruption to the RCMP and the Canada Border Services Agency.

The federal minister noted that Ottawa suspended the program in 2008.

"Obviously it concerns us," Mr. Kenney said in an interview with CTV, when asked about allegations brought forward to his department this week by three former PEI public servants alleging wrongdoing inside a provincial immigration program.

"We received information about allegations of corruption in the management of that program, which we appropriately referred to the RCMP and it would be for them to conduct an investigation," said Mr. Kenney. "All I can tell you is that we did have very serious concerns about that program in the past, which is why we suspended it in 2008. We worked out a new agreement with the government of PEI for a better-managed program going forward, but we had never received information of this nature about actual financial corruption until [Wednesday]"

Premier Robert Ghiz went on the offensive Thursday, challenging the credibility and motivation of three former public servants who are raising allegations of government wrongdoing in the middle of a provincial election campaign.

The leader of the PEI Liberal Party hit the airwaves to defend his record, and a Liberal spokesman described the accusations as "politics at its worst."

Mr. Kenney's office insists federal public servants made the decision to refer the allegations to the RCMP and the Canada Border Services Agency on their own, and the minister was not involved in that decision.

The former PEI public servants – Susan Holmes, Cora Plourd and Svetlana Tenetko – raised concerns about the government's handling of the Provincial Nominee Program, which allows foreign investors to immigrate to Canada provided they invest in island businesses. The information, which was also sent to The Globe and Mail, includes claims by Ms. Tenetko that provincial officials took cash from Chinese nationals during a 2008 trip to Hong Kong to approve applicants who had been rejected by more junior staff like herself.

Charlottetown-based RCMP spokesman Andrew Blackadar, who had not yet received the material, said the police will look into allegations that come its way.

The role of the RCMP during election campaigns is highly sensitive. Federal Liberals were furious when the RCMP launched an investigation in the middle of the 2006 election campaign over allegations that a decision on income trusts was leaked to investors. The investigation was later abandoned, but many Liberals blamed the police – and the NDP MP who first made the allegation – for playing a role in the Liberal government's defeat.

PEI Liberal Party spokesman Spencer Campbell noted that the administration of the provincial nominee program was reviewed by the provincial Auditor General, who released a report in 2009.

"If these individuals had evidence of fraud or bribery occurring in 2008, it is surprising that they did not report these allegations to the Auditor General or other authorities at the time. Instead, they have waited until the middle of an election campaign more than three years later," Mr. Campbell said in a statement.

That audit report found that a number of elected officials and senior government officials who had ownership in island businesses received immigrant investor money. However, the Auditor concluded the government's existing conflict of interest rules did not explicitly prevent the practice. The report expressed concern that the province's conflict of interest commissioner allowed MLAs to qualify for the program.

The program was re-launched earlier this year, but Mr. Ghiz told the PEI legislature that elected officials will still be allowed to apply for immigrant investment money.

Federal Auditor General Sheila Fraser expressed concern with the Provincial Nominee Program more generally in 2009, noting that it could soon become the largest source of economic immigrants in Canada. Ms. Fraser noted that the provincial programs do not require immigrants to meet the same standards as applicants under the Federal Skilled Worker category, which is based on a points system. 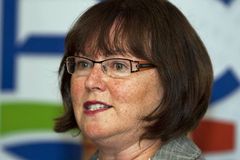 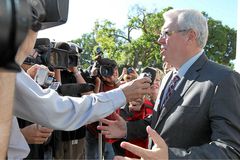 PEI Liberals have all the momentum as campaign begins 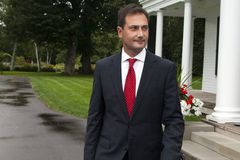 Robert Ghiz tries to build on family dynasty in PEI election
Follow Bill Curry on Twitter @curryb
Report an error Editorial code of conduct
Due to technical reasons, we have temporarily removed commenting from our articles. We hope to have this fixed soon. Thank you for your patience. If you are looking to give feedback on our new site, please send it along to feedback@globeandmail.com. If you want to write a letter to the editor, please forward to letters@globeandmail.com.
Comments are closed