More questions have been raised about how much the Canadian aerospace industry would suffer if a future government drops out of the oft-maligned F-35 stealth fighter program.

The Pentagon's top acquisition official says the Canadian supply base is an essential part of the program and will remain as such, even if the country does not buy the aircraft.

Earlier this week, Justin Trudeau pledged that a Liberal government would withdraw from the program, buy a cheaper fighter jet chosen by competition and plow the savings into rebuilding the navy.

His stand prompted a dire warning from Conservative Leader Stephen Harper, who although not fully committed to proceeding with the F-35, predicted that leaving the program would damage the aerospace sector, particularly in Montreal.

There is currently no signed government contract with U.S. defence giant Lockheed Martin, but it's speculated that Canadian companies supplying parts for the F-35 could lose business.

Frank Kendall, the Pentagon's undersecretary of defence for acquisition, told reporters in Fort Worth, Tex., on Tuesday that he can't see why the existing $637 million in contracts wouldn't remain with Canadian firms.

"I believe those suppliers are part of the team, I don't see any reason why they would not continue to be part of the team whether Canada 1/8 buys jets 3/8  or not," Kendall was quoted as saying by the web site DefenceNews.

"We make our decisions on participation based on best value and if Canadian firms are still best value, then they will be part of the program."

Green party Leader Elizabeth May waded into the debate on Wednesday, saying she supports Trudeau's call to back out of the F-35 plan. She says despite the passage of five years, and much study by the Public Works secretariat overseeing the CF-18 replacement, the government has yet to make a coherent case for buying a stealth fighter.

"We should not be committing billions of dollars to a purchase where the rationale for it amounts to one piece of paper that's a press release," she said in an interview with The Canadian Press. "We need to see what are the defence needs in this country. Does the F-35 meet those defence needs? If it doesn't, we shouldn't be talking about it."

Putting aside the issue of industrial benefits, there are a number of nuts-and-bolts military questions that have yet to be answered about the Liberal proposal, says retired colonel George Petrolekas, of the Conference of Defence Associations Institute.

The Conservatives planned to buy 65 F-35s to replace roughly 75 CF-18s. The decision was made on the notion the stealth fighter was more sophisticated and could do more than older aircraft.

Would choosing the Boeing Super Hornet, the updated version of the F-18, mean that Canada would have buy more than 65 aircraft? If so, would that wipe out the savings? How long will the production and spare parts lines remain open?

"It's great to say you're going to have a competition, but before we even get there I'd like to see what the specifications are going to be and that's what no one is really talking about," said Petrolekas.

Another aspect that's not entered the public debate is the fact the U.S. intends to use the F-35 replace at least four different kinds of jets — the F-16, F-18, A-10 and Harrier. 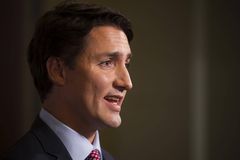 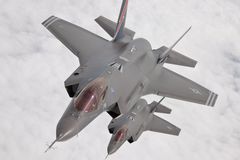 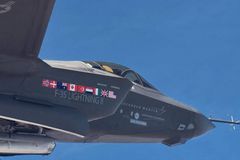