Nobody was more successful as a politician, more tenacious in defence of the province or more visionary in industrializing and managing Alberta's resources and potential. Canny, determined and cosmopolitan, he modernized an insular province and made it a player on the national political stage and in the global oil economy.

A Red Tory, he led a socially conservative electorate through boom and bust as premier of Alberta from 1971 to 1985, and created a political and social legacy that transcended politics. Earlier this year, Policy Options magazine voted him the best Canadian premier of the past 40 years.

Tributes have poured in since his death in Calgary on Sept. 13, as a politician who built his province and strengthened his country and became a model of post-political public life. A tough competitor, he built the Progressive Conservative Party from nothing into a political powerhouse that has governed the province for more than 40 years. He defended Alberta's right to own and control its own resources and fought for a stronger provincial voice and role within Canada. For all that, he was known to say after he left politics that he was a Canadian first, an Albertan second and a Progressive Conservative third.

Unlike many politicians who seem only interested in the short term, he had a view of Alberta that extended far beyond his own mandate. That's why when oil profits were gushing in the 1970s, he created the Alberta Heritage Savings Trust Fund as a way of putting money aside during boom times for the downturn that would inevitably follow.

Another huge part of his legacy is the mentoring of younger politicians, including Alison Redford, the current Premier of Alberta. She's been learning from his example and following his advice since she was 16 and he was leader of the party.

"He was a larger-than-life figure," she said in a interview during the provincial election campaign earlier this year. "My family hadn't ever been political, but when I do recall political discussions, we talked about the fact that Lougheed was a good premier and had done a good job in building Alberta. So when I decided to join [a political party] I called the PC party because that was the party that he led." His values reminded her of conversations with her grandparents. "He was a guy who really was self-made who understood the opportunities in this province, and those were the values I learned around the dining room table."

As a young politico – she was the president of the youth executive of the party as a teenager – she sat in meetings with him every two months. "I learned a lot from him, and one of the things I learned was you set that course and you put the planning in place and then you build on that and manage it because that is what Albertans trust and what the voters trust."

Edgar Peter Lougheed was born in Calgary on July 26, 1928, into a distinguished Alberta family that had fallen on straitened circumstances. His grandfather, Sir James Alexander Lougheed, was a lawyer and a federal politician. A successful businessman, a law partner of future prime minister R.B. Bennett, and a Conservative senator in the government of Sir Robert Borden, he made a sizable fortune before he died in 1925. Much of it vaporized during the Depression, so young Peter inherited an impressive political pedigree and a celebrated name, but grew up in poverty, moving with his father, Edgar Donald Lougheed, his mother, the former Edna Alexandria Bauld, and his brother Donald from one rented place to another.

He went to local schools in Calgary, finishing high school at Central Collegiate Institute. That's where he whetted his political appetites, by proposing the formation of a students' union and serving as its first president. Although slight of build and small of stature, Lougheed was quick of mind and movement and a natural athlete, especially on the football field. After Central Collegiate, he went to the University of Alberta, earning both an undergraduate and a law degree by 1952. At university, he played football for the Golden Bears and as a pro for the Edmonton Eskimos, as well as editing the sports section of the campus newspaper and serving as president of the student union from 1951-1952.

Even as a young man, Lougheed was a generalist who wanted to widen his business horizons and acquire a variety of experience before settling down in Alberta. First stop was acquiring a Harvard MBA. He and his bride, Jeanne Rogers, moved to Boston after their 1952 marriage. Before graduating in 1954, Lougheed spent one summer working with Gulf Oil in Tulsa, Okla., learning first hand the boom and bust cycle that is so often a part of the oil patch – an experience that he remembered later in his political career.

Believing that a successful politician needed to get his feet wet in business and law first, he took a job as a junior lawyer with a Calgary construction firm, Mannix Corporation. Four years later, he was a vice-president. He left Mannix in 1962 to open a law practice as a launching pad for a political career. At the time, Alberta regularly sent Progressive Conservatives to Ottawa. But at home, the province voted solidly for the Social Credit Party, first under William (Bible Bill) Aberhart, and after Aberhart's death in 1943, Ernest Manning. The party was so popular that it won 60 of the 63 seats in the legislature in the 1963 election.

Undeterred, Lougheed believed it was time for the parochial province to interact more forcibly with the rest of the country and that he was the man to make it happen. Milton (Milt) Harradence stepped down as leader in 1964, Lougheed won the leadership of the seatless party the following year and declared that before the party could provide an opposition, it had to be a credible alternative. "I want to do my homework before I start talking about issues and solutions," he told supporters. "I plan to meet people throughout Alberta to listen to their problems and uncover their needs." It was the same advice he gave Redford 47 years later when she was facing her first provincial election as leader of the party.

In the 1967 election, the party fielded candidates in every riding; six were elected, including Lougheed in Calgary West, a seat he held for the next 19 years. As leader of the official opposition, Lougheed put forward his own policies and ideas, in contrast to the largely spent political drive of the Socreds. Through by-elections and defections, the PC caucus slowly increased its numbers to 10 and began grooming itself for leadership: In the 1970 spring session, the party introduced more than 20 bills.

When Harry Strom, the man who had succeeded Manning as leader in 1968, called an election for August, 1971, Lougheed was ready. Using the snappy one word slogan NOW! combined with his own cosmopolitan image, he routed the Socreds, especially in urban ridings, by taking every seat in Edmonton and all but five in Calgary. The PC party, which had been shut out of the legislature only eight years earlier, formed the government with a majority of 49 seats to 25 for the Socreds and one for the NDP.

Lougheed became premier at the beginning of a decade-long development boom, which netted him an even stronger mandate in the 1975 election, followed by two more landslide victories in 1979 and 1982, when his party was returned in 75 of 79 ridings. Having never forgotten the boom-bust cycle he observed in Oklahoma as an MBA student, he inaugurated Alberta's rainy-day Heritage Savings Trust Fund in 1976, using royalties from the oil patch to make long-term investments in health care and medical research.

His tenure was punctuated with protracted constitutional battles and acrimonious clashes with Trudeau over Alberta'sa gushing gas and oil resources. The introduction of the National Energy Policy in 1980 placed stringent controls on domestic oil prices, and provoked animosity against Ottawa – especially toward the Liberal Party – that is still raw in some segments of the province today.

The Alberta premier who had made his mark by encouraging Albertans to think and act outside of their own backwater became such a defiant and articulate defender of provincial rights that critics, especially in the East, dubbed him "the blue-eyed sheik." Eventually, Ottawa and Alberta wrestled down a new energy deal that substantially increased the value of Alberta's crude oil. But then the oil boom went bust in the 1981-82 recession, with many Albertans blaming Ottawa.

Lougheed retired in 1985 and was succeeded as leader by Don Getty, a former football player and one of the original cadre that Lougheed had recruited back in 1967. He was 57 and had been premier for 14 years.

The workaholic habits of a lifetime continued. He went back to practising law, joining Bennett Jones LLP in Calgary in 1986, and began accepting appointments to corporate boards. At one time, he was a director of nearly 20 companies, including such blue-chip firms as Royal Bank of Canada, Bombardier, Canadian Pacific, Atco and Noranda. He was also chancellor of Queen's University from 1996-2002.

Like a modern prophet, Lougheed strode back into the public arena whenever he felt the province he had nurtured into modernity was going astray, whether he feared it was being seduced by the development schemes of greedy multinationals, suckered into shipping unprocessed oil-sands crude south for processing in American refineries, or recklessly developing the oil sands at the expense of prudence and the environment. Earlier this year he emerged again from private life to endorse Redford in her tightly contested but successful provincial election campaign against Danielle Smith, Leader of the Wildrose Party.

With reports from Dawn Walton, Brent Jang and Nathan VanderKlippe 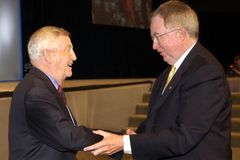 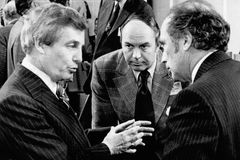 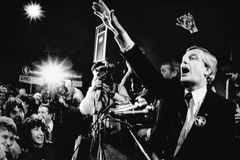 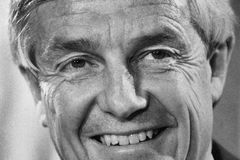 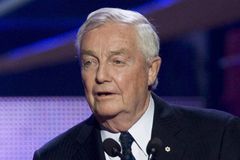