Prime Minister Stephen Harper is looking to reduce aboriginal opposition to resource projects like the contentious Northern Gateway pipeline by appointing a special adviser to identify first nations' concerns and recommend ways to accommodate them.

To further that effort, he announced the appointment of Doug Eyford as a special representative who will consult native communities and answer directly to the Prime Minister. Mr. Eyford will produce a draft report of his findings in June and a final version by the end of November. His deadline coincides with the conclusion of a panel examining Enbridge Inc.'s proposed Northern Gateway pipeline, which would carry oil sands bitumen from Alberta to the B.C. coast.

The new adviser has been asked "to think boldly and creatively about the types of economic benefit that can flow from resource projects to ensure that all communities share in the increased prosperity," Mr. Oliver said.

Mr. Eyford is a Vancouver lawyer with a long history of aboriginal practice and is currently a chief federal negotiator on native land claims in B.C. He said he will not focus on any particular resource project and his work is meant to complement the Northern Gateway review panel, which will make recommendations to cabinet on whether to approve the pipeline next year.

The Enbridge project would deliver 500,000 barrels of bitumen a day to Kitimat, B.C., where it would be loaded onto super-tankers for shipment to Pacific markets.

Native leaders loudly oppose the oil sands pipeline and tanker traffic, arguing they would jeopardize their livelihood and the environment. B.C.'s New Democratic Party – which appears poised to win the upcoming election – is also against the project, leading many observers to wonder if it will ever be built. However, the federal Conservatives and Alberta Premier Alison Redford say an oil sands pipeline through B.C. is crucial to diversifying Canada's energy exports – an argument that will take on added intensity if President Barack Obama rejects a proposal to pipe crude south to the U.S. Gulf Coast.

There is more support for plans to build pipelines and liquefied natural gas terminals to export Canadian gas to Asia, although some aboriginal communities have raised concerns about pollution on the coast and the intensive drilling needed to extract the gas in northeastern British Columbia.

The Assembly of First Nations called the appointment a "promising development" but said it must be accompanied by a commitment to address fundamental land claims.

"It will be critical to those [resource] projects and to the Canadian economy that first nations people and concerns be addressed respectfully," Cameron Alexis, the AFN's regional chief for Alberta, said in a statement.

"Our peoples need to be full partners in development."

Tuesday's announcement of the rare appointment of a representative accountable directly to the Prime Minister signals that the Harper government realizes it must do more to win aboriginal approval for resource projects in British Columbia and Alberta.

In an interview, Mr. Eyford said his job is not to "sell" resource development to the aboriginal communities but to listen to their views and communicate them to Mr. Harper, along with recommendations on how they might be accommodated. The government will not release his report, saying it has assured those who talk to him of confidentiality.

But Mr. Eyford will tell the government if he finds implacable opposition to any particular development. "That is a potential outcome," he said.

"It signals the fact that the federal government now realizes that they are not going to be able to bulldoze their way through British Columbia without the first nations' consent," said Mr. Sterritt, who was in Terrace for the announcement and spoke to Mr. Eyford.

"I think it is fairly clear what our opinions are about oil, but his job is also to take a look at what the situation might be on natural gas as well," he said. 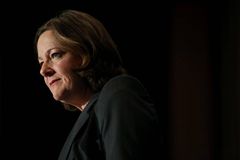 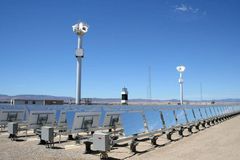