A police force and a major civil-liberties group are among those calling on senators to pass a long-delayed transgender rights bill opposed by Prime Minister Stephen Harper, saying the bill is needed to fight violence against the trans community.

The testimony on Thursday came as a Senate committee continued its consideration of Bill C-279, which would add gender identity as a basis for protection under anti-hate crime protections in the Criminal Code and also under the Canadian Human Rights Act. The bill was passed by the House of Commons last year, but it has wallowed in the Senate for 19 months.

Most witnesses who testified on Thursday support the bill, though many are divided on its wording – namely, whether it should include or delete a definition of "gender identity."

Ottawa Police Superintendent Don Sweet urged the government to pass the bill so that investigators have more tools to protect transgender people.

"Those who have been impacted by these targeted crimes have expressed frustration that the justice system seems blind to these premeditated acts [against trans victims] and fails to recognize their vulnerability," Supt. Sweet told the senators, saying the bill will help build trust between police and the trans community.

"… Building and sustaining trust is difficult to achieve when individuals, their families, co-workers and communities believe that their human rights have been ignored, leading to increased fear, under- and non-reporting, as well as eroding the trust relationships required to continue to have safe, healthy and diverse communities."

The bill "sends the right message to society that hate will not be tolerated," and will allow police to reach out to victims "who may have been deterred [from reporting a crime] previously," the officer added.

The Canadian Civil Liberties Association said the trans community is disproportionately targeted with violence and also called for the bill's passage – in particular urging the Senate to deal with the bill quickly so that it does not die before the federal election scheduled for next year.

"The failure to acknowledge the equality rights of trans people is a discriminatory act. … The House of Commons has sent you forward bill C-279 to rectify this, and now it's up to the Senate to decide what its legacy will be," said Noa Mendelsohn Aviv, director of the CCLA's equality program.

Dianne Watts – representing REAL Women of Canada, a group that advocates for the values of "traditional family and marriage" – told the committee that she opposes the bill and referred to a change of gender identity as "dissatisfaction."

Her testimony led to a terse rebuttal from Senate Liberal Grant Mitchell, an advocate for the bill. "Her organization was arguing gay marriage would create huge social problems, which it hasn't," he said.

The day's testimony also included terse exchanges between witnesses and Conservative Senator Don Plett, a former party president who does not support the current version of the bill. He says it is open to abuse and is considering proposing amendments.

Mr. Plett said Thursday that the bill would allow people to change their gender "any day of the week" and could be exploited by allowing, for instance, anatomical males into female change rooms, which Mr. Plett says violates the rights of women and girls.

"Are we not infringing and trumping somebody else's rights by giving the trans people the right to go into these areas?" he said in a question to Ryan Dyck, the director of research and policy at Egale Canada, a lesbian, gay, bisexual, and trans (LGBT) advocacy group.

"I don't believe so at all. I would disagree with that completely. First of all, I would say nobody in this country has a right not to feel awkward. That's not enshrined anywhere," Mr. Dyck replied in his testimony, before being cut off by Mr. Plett.

Ottawa lawyer Michael Crystal, another witness who supports the bill, later called Mr. Plett a "canary in the coal mine" on transgender issues, suggesting that the senator's concerns are echoed across the country.

Mr. Crystal likened the issue to that of racial segregation, citing the landmark Brown v. Board of Education case in the United States. "Every generation has its challenges," Mr. Crystal told senators. "And I don't want to tell my grandchildren that, when it came time to deal with our Brown v. Board of Education, I sat on my hands and said, 'Let's stick with the status quo.' "

One issue that emerged in Thursday's hearing was whether the bill should include a definition of "gender identity," or whether including the definition may actually trip up prosecutions. NDP MP Randall Garrison, who tabled the bill, has said the definition was added as part of a compromise that led 18 Conservative MPs to support his bill, ensuring its passage in the House. Mr. Harper and the majority of the Conservative caucus voted against the bill.

Conservative Senator Denise Batters has raised concerns about the definition. Mr. Crystal called for the definition to be done away with entirely, saying that "it's broad, it's incomplete and it's unnecessary," while Supt. Sweet said definitions helpful for police in determining the parameters of a case.

The CCLA's Ms. Mendelsohn Aviv said the amendment is "not ideal," but that changing it would delay the bill by sending it back to the House, potentially killing it. "Any amendment at this point would be a failure to get it done, and that's a job that I'd say is most urgent and most pressing," she said.

The committee is due to meet again on Oct. 22. 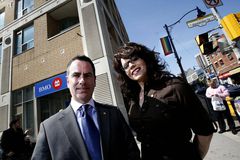 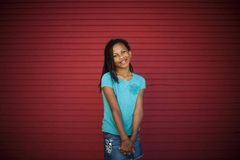 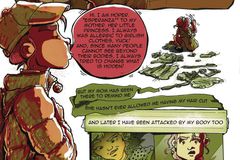