Voting will be conducted through a preferential ballot system that allocates 100 points to each riding in Ontario. Each leadership candidate will receive points according to the proportion of the vote they receive in each riding. Members have the option to rank the leadership candidates on their ballot, but doing so is not compulsory. To win, a candidate must receive more than 50 per cent of the electoral votes. If no one crosses that threshold on the first ballot, then whoever is in last place drops off and their votes are reapportioned to the others. A candidate will also drop off the ballot if they receive fewer than 10 per cent of that ballot's total points. This system is similar to what the federal Conservatives and BC Liberals had for their leadership races and can favour candidates that have solid support as second and third options. In both of those races, the frontrunner heading into the final ballot ultimately lost.

With the Ontario Liberals struggling in polls whoever comes out on top on Saturday has a good chance of forming the next government of Canada's largest province. It's unclear who that person will be, however, but new polling from the Angus Reid Institute indicates that the outcome will weigh heavily on the minds of voters who are contemplating the Tories come June. Ontarians are more likely to have a favourable than unfavourable view of Ms. Elliott and Ms. Mulroney but are more than twice as likely to hold an unfavourable than favourable view of Mr. Ford. The poll also suggests that Ms. Elliott and Ms. Mulroney could lead more people to vote for the party whereas 42 per cent say they would be discouraged to vote for a party helmed by Mr. Ford compared to 19 per cent who say they would be encouraged.

Prime Minister Justin Trudeau is set to name the new Commissioner of the RCMP today in Regina. The new top cop is expected to be Assistant Commissioner Brenda Lucki, who is in charge of the police force's training academy in Regina – the site of Mr. Trudeau's announcement. If Ms. Lucki is named, she will be the Mounties' first permanent female Commissioner. There will also be some high expectations: The RCMP has some thorny internal issues to deal with, including how women in the force are treated, and how the force interacts with Indigenous people.

The Liberal government's tax changes for private corporations will be a windfall for federal coffers, the Parliamentary Budget Officer predicts.

Alberta Premier Rachel Notley says her government will introduce legislation that will give it the power to reduce the flow of oil shipments to British Columbia and even the rest of Canada, if necessary, as the province confronts opposition to the Trans Mountain pipeline expansion. The province banned B.C. wine for several weeks last month to pressure British Columbia — successfully, it turned out — to drop proposed regulations on oil shipments.

Jaspal Atwal, a would-be assassin who made headlines after he was invited to an event with Justin Trudeau in India, rejects the claim that factions within that country orchestrated the incident to embarrass the Prime Minister. Mr. Atwal held an event in Vancouver yesterday in which he read a statement that said he renounced extremism and said he did not intend to cause any problems when he attended the overseas events.

An internal investigation has concluded the College of Dental Surgeons of B.C. handled allegations of sexually inappropriate comments made by its chief executive poorly and attempted to "sweep this serious matter under the rug." The revelations come as the provincial Health Ministry ordered a review of the college's governance, citing "a series of unrelated complaints made against the college." The government isn't elaborating on what those complaints were.

The Canadian economy is "progressing well" despite trade uncertainty, the Bank of Canada says.

And Ireland would rather not use the Canada-U.S. border as a model for how it will control movement between it and the United Kingdom.

David Tanovich (The Globe and Mail) on Colten Boushie: "Moving forward, the decisions of the trial Crown must be part of the discussion of the fairness of the process and whether systemic racism played a role in the investigation and trial. There are simply too many questions raised by their repeated inaction during the trial. Colten Boushie and his family, Indigenous communities and our justice system are all entitled to answers.."

Fred O'Riordan (The Globe and Mail) on taxing tobacco and cannabis: "Although there are differences between the public policy objectives of legalized cannabis and tobacco, there are striking similarities – in particular, the tax and non-tax measures, such as restrictions over packaging, advertising and public consumption by which governments have chosen to regulate their sale and availability."

Don Martin (CTV) on the military: "Our 50,000-plus combat-ready troops, trapped on base by the government's pacifist preference to avoid a world filled with conflict, must be mortified that all missions are seemingly impossible."

Help The Globe monitor political ads on Facebook: During an election campaign, you can expect to see a lot of political ads. But Facebook ads, unlike traditional media, can be targeted to specific users and only be seen by certain subsets of users, making the ads almost impossible to track. The Globe and Mail wants to report on how these ads are used, but we need to see the same ads Facebook users are seeing. Here is how you can help.

U.S. President Donald Trump has agreed to meet with North Korean leader Kim Jong-un by May. North Korea has also agreed to suspend its nuclear missile tests ahead of the meeting. The two men have traded barbs and insults as part of escalating tensions in the Korean peninsula.

Mr. Trump also officially announced his tariffs against imports of aluminum and steel but there are exemptions for both Canada and Mexico as the three countries continue to renegotiate NAFTA. The tariffs will take effect in two weeks and other countries will have an opportunity to negotiate exemptions. Canada and Mexico were granted exemptions because of the "unique nature" of their relationship with the U.S., Mr. Trump said. Canada is the leading supplier of both metals to the U.S. as well as the biggest export market.

The widow of Iranian-Canadian professor Kavous Seyed-Emami, who died in a Tehran jail cell last month, is barred from leaving Iran. Maryam Mombeini was not allowed to board a flight to Vancouver with her sons. Foreign Affairs Minister Chrystia Freeland is demanding that "as a Canadian, she be given the freedom to return home."

Venezuela's opposition is calling for a national protest against a "fraudulent" presidential election that they say is rigged in favour of President Nicolas Maduro.

Former Trump campaign manager Paul Manafort pleaded not guilty to tax and fraud charges and is facing his first trial in July.

And if you've always wanted to know which ex-Trump administration official you are, BuzzFeed has a quiz for you.

Lawrence Martin (The Globe and Mail) on Trump's tariffs: "Now at least Ottawa isn't up against a harsh deadline. Avoiding the tariffs, as Mr. Trump made clear, will still be dependent upon an agreement being reached on the North American free-trade agreement. So the President's olive branch comes with thorns. Ottawa is still being held hostage on the tariffs to whims of the wackadoodle President whose impetuous, rocky rollout of the trade policy stirred opposition around the globe."

Catherine Rampell (Washington Post) on tariffs and China: "Trump really, really wants to stick it to China! Too bad this won't stick much. U.S. steel jobs have been mostly lost due to technological change (i.e., robots, not China). U.S. aluminum jobs have been mostly lost to places with cheaper electricity (i.e., Iceland, which is coincidentally also not China). Right now China isn't even among the top 10 producers of U.S. steel imports."

Helen Thompson (New York Times) on Europe: Much of Europe has become nearly ungovernable. As voters across the Continent see their ability to influence policy taken away, they have lashed out, neutering the traditional center and giving rise to disruptive populists. Italy's election, in other words, says much about everything that's wrong with the European Union.È 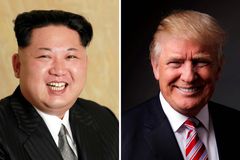