Canadians and Americans continue to drift apart, souring a relationship that's likely to get worse as long as Prime Minster Stephen Harper and President Barack Obama remain in power, according to a leading Canadian pollster.

"More of the same," a relationship adrift, said Nik Nanos, chairman of Nanos Research, adding: "We won't get a reset until Obama and Harper are no longer leading their respective countries."

For a decade, Mr. Nanos has been charting changing Canadian and American attitudes with an annual survey on both sides of the border. A dispiriting theme of "drift continues" emerges from polls conducted last month, Mr. Nanos said.

Even as Mr. Harper sends Canadian warplanes to fly alongside U.S. fighter jets in Mr. Obama's relaunched war on terror, the two countries are drifting apart on many issues.

"Canadians are more interested in [the obstacles] to crossing the border than whether we are a part of an international coalition to fight terror," Mr. Nanos said, adding that annual polls show that both populations have steadily lost interest in close co-operation even as they generally hold each other in high regard.

Compared with "10 years ago … we've gone from an environment where major majorities wanted to co-operate on a full range of issues to things sliding on every single measure," Mr. Nanos said.

Particularly striking are the significant and continuing declines among Americans and Canadians in their support for closer co-operation on anti-terrorism efforts. Among Canadians, support has slid from 73 per cent to 57 per cent over the past decade, a decline matched by Americans.

More surprising, perhaps, is the sharp reversal in the views of Canadians about American respect for human rights. After a big bounce when Mr. Obama was first elected, "numbers have returned to the George W. Bush levels seen in 2005-2007 during the first War on Terror," the 2014 Nanos-UB North American Monitor report said. The survey is conducted by Nanos Research in partnership with the State University of New York at Buffalo.

Mr. Nanos describes the Canada-U.S. relationship, once touted as the closest in the world as "cordial yet dysfunctional."

He points to powerful political and economic trends, too often disregarded by Canadians and their leaders, that have allowed relationship to fray.

"Canada is not as relevant to the United States as it was 20 years ago," Mr. Nanos said. Meantime, Mexico has become far more important. Immigration, trade, investment, energy and the huge and politically crucial Hispanic vote in the United States have all made Mexico loom larger in the American consciousness, he said.

"Unless this trend is reversed … we are going to have more irritants with the United States on trade policies, more irritants on crossing the border and things will just get worse," he said.

Mr. Nanos suggested that one route to repairing the relationship – at least in terms of raising Canada's relevance among Americans and particularly inside the Beltway – was for Ottawa to refashion the relationship with Mexico.

Relations with both of Canada's continental neighbours need work, he said.

"In the short term Canadians haven't done anything to build that sort of dynamic with Mexico. There's a lot of repair that needs to be done not just with the Mexican leadership but the Mexican people. In a way, we're reaping what we sowed," he said, referring to the often-neglected and sometimes chilly Canada-Mexico relations. "So, we're been complacent in our relations with the United States, trying to rest on past glories and we haven't nurtured a relationship with Mexico." 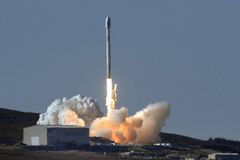 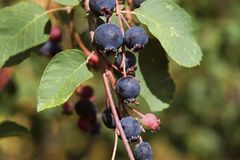 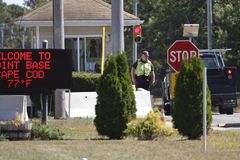