"Who is the Prime Minister of Canada?" may be a tough question to answer next week after Canadians cast their ballots in Monday's federal election.

Projections based on public opinion polls are showing the strong likelihood that no party will win the 170 seats required to form a majority government in the House of Commons, which has been expanded to 338 seats.

Contrary to the message in television and radio political ads, Canadians don't actually get to vote directly for a prime minister. Instead, they elect an MP to represent their riding and it is up to those 338 MPs to decide, by what is known as a confidence vote, which party has the right to govern.

Constitutional conventions dictate that Conservative Leader Stephen Harper will continue to be the Prime Minister on election night, regardless of how many seats his party wins. It will then be up to him, based on his read of the results, whether he wishes to see if a majority of those newly elected MPs want him to stay in the job.

Seat projections made on Oct. 11 by Éric Grenier for the CBC based on public polling show the Liberals winning 134 seats, followed by 119 for the Conservatives, 80 for the NDP, four for the Bloc Québécois and one for the Green Party.

Minority Parliaments are not as rare in Canada as they may seem. There have been a dozen since Confederation and they are becoming increasingly common. Since 1957, almost half of Canada's general elections resulted in minority governments.

Yet, that familiarity has not produced clear patterns as to how minority governments stay in power. Mr. Harper led two consecutive minority governments from 2006 to 2011 by winning confidence votes from different parties at different times, including through votes or deliberate abstentions by the Bloc, the Liberals and the NDP.

Canada does not have a European-style history of coalition governments in which members of the smaller partner join the governing cabinet of the larger party.

There has only been one formal coalition government in Canada: The 1917-1920 Conservative and Liberal Unionist government led by Conservative Robert Borden during the First World War.

And on election night

In the social-media age, will Canadians have the patience next week to see how things play out? This was a serious concern raised Tuesday at the University of Ottawa, where a panel of seven of the university's academics held a public discussion on "post-election possibilities" for a minority Parliament.

Prime Ministers have sometimes taken days to decide how they would respond to a minority result. News cycles move far more quickly now and academics wonder whether Canadians today would have the same amount of patience as in the past. Their common message: Deep breaths, folks. This may take some time.

"We live in a Twitter age. We live in an age of instant response," University of Ottawa law professor Adam Dodek said. "If an announcement [on the next government] is not made on Oct. 19, that doesn't plunge us into a crisis."

Progressive Conservative prime minister Joe Clark waited 142 days after winning a minority in 1979 before calling Parliament to sit for what would be a very short-lived government. That kind of delay would not be allowed today. Rule changes passed in 1997 have the effect of requiring Parliament to convene more quickly. A 1997 change to the Financial Administration Act restricts cabinet's ability to approve spending without Parliamentary approval through governor-general special warrants to no later than 60 days following the return of the writs, which works out to Jan. 8, 2016. Until Parliament has been convened, a government can operate in a limited capacity under what are called "caretaker" rules.

Ultimately, Mr. Harper will have to inform Governor-General David Johnston of his plans. The first confidence vote after the election, which would normally be on a Speech from the Throne, is the key factor in determining which party forms government.

The job of sorting out any confusion as to which party should govern belongs to the governor-general. Some potential situations would be trickier than others.

This scenario is a hot topic of debate. From a constitutional point of view, Mr. Harper would have every right to try to stay on as prime minister. Yet, in terms of numbers in the House of Commons, it's not clear how he could survive. The Liberals, NDP and Bloc have all said they would not act to support the Conservatives remaining in office under any circumstance.

This would then become a question of politics, not constitutional law. The other parties would have to weigh the political risk and benefit of defeating a Conservative Party that won significantly more seats than the second-place party.

"My view is that the party that wins the most seats in our system forms the government," Mr. Harper said last month while campaigning in Mississauga. That answer did not sit well with legal experts. They agree Mr. Harper would have the right to try to govern, but if he loses a confidence vote, the Governor-General would likely see whether an election can be avoided by asking another party whether it could win a confidence vote. The Liberals and NDP have already signalled to the Governor-General, indirectly through their public comments, that they would support one or the other to replace the Conservatives.

Should the Conservatives finish second, Mr. Harper would have the constitutional right to try to win a majority vote in the House of Commons. However, he ruled out that option during the campaign. The NDP platform clearly states: "We will work with other federalist parties through informal or appropriate stable arrangements to end Stephen Harper's lost decade." Liberal Leader Justin Trudeau has made similar pledges during the campaign.

Given the Liberal and NDP pledges to support each other in a minority Parliament, the final vote counts would influence the bargaining power of each party in deciding which policies they could support together. While the two parties have substantial common ground, there are key policy differences in areas such as corporate tax rates and the future of the Trans-Pacific Partnership trade deal.

The Liberals have ruled out a formal coalition that would involve a cabinet made up of MPs from two or more parties. That leaves open the possibility of a scenario in which the party with fewer seats agrees to support another party on confidence votes in exchange for policy concessions.

A frequently cited example of how this might work is the situation that followed the 1985 election in Ontario, which produced a slim Progressive Conservative minority. Tory premier Frank Miller convened the legislature and was defeated. Instead of an election, the lieutenant-governor allowed Liberal leader David Peterson to form government after the Liberals reached an agreement with NDP leader Bob Rae.

Editor's note: An earlier version of this story stated that a 1997 rule change has the effect of requiring Parliament to convene by Jan. 8, 2016. The story has been updated to reflect the view that this issue is a matter of ongoing debate. A detailed follow-up story on this issue can be found here.

Minority governments, where no party holds more half of the seats, require a prime minister to make deals with members of other parties to maintain the confidence of the House of Commons. While some minority governments have seen prime ministers struggling to win over enough support to stay in power, others have been some of the most productive Parliaments since the Second World War.

The shortest minority government Canada has seen, with less than six months between elections, was also one of the busiest. The Progressive Conservatives squeaked into office with 112 of 265 seats, ending 22 years of Liberal rule, and Mr. Diefenbaker quickly set to work on his legislative agenda. Within months, the PCs increased old-age pensions, extended unemployment benefits and cut many classes of taxes – according to Challenges of minority governments in Canada, a political science book by Marc Gervais, Mr. Diefenbaker faced little opposition on these measures. When a new election was called the following year, the PCs won the then-largest majority government in Canada's history.

The Liberals eventually returned to power, but they were four seats shy of a majority. Still, in working with members of different parties, the Pearson government accomplished many things, including leaving one distinct legacy: the red and white Maple Leaf flag. This period is also marked for a fruitful relationship between Mr. Pearson and Tommy Douglas, leader of the then-brand-new NDP, which led to the creation of the Canada Pension Plan and the introduction of the national health-care plan in the following Parliament.

Like Mr. Diefenbaker before him, Mr. Harper won a small minority in 2006 and sought to quickly implement his campaign promises while he could. With the support of the Bloc Québécois, the Conservatives passed the Federal Accountability Act, which introduced a new federal budget watchdog, put limits on lobbying and reduced the ceiling for campaign donations, and passed a first budget that cut taxes, including a point off the GST (and later another). The Conservatives also extended the Afghan mission five years with the votes of some Liberal MPs and recognized the Québécois as a "nation within a united Canada" with the support of all party leaders. Parliament was dissolved two years later and the Conservatives were re-elected with a larger minority. 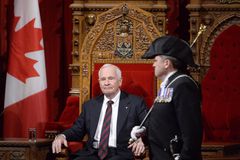 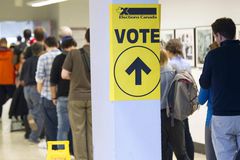 What the Liberals, NDP are thinking if Harper wins a minority
October 9, 2015
Follow Bill Curry on Twitter @curryb
Report an error Editorial code of conduct
Due to technical reasons, we have temporarily removed commenting from our articles. We hope to have this fixed soon. Thank you for your patience. If you are looking to give feedback on our new site, please send it along to feedback@globeandmail.com. If you want to write a letter to the editor, please forward to letters@globeandmail.com.
Comments