The Parti Quebecois' controversial values charter is being rebranded — and its official new name is a mouthful.

It will be tabled Thursday as a bill in the legislature under the formal title: Charter Affirming The Values Of Secularism And The Religious Neutrality Of The State, As Well As The Equality Of Men And Women, And The Framing Of Accommodation Requests.

The minister responsible says he didn't pick that 28-word name.

Bernard Drainville says the title was selected by government lawyers who worked on the bill, and he says they always like long names that include the major details in the title.

"It's the name of the bill. You need to give bills a name. Jurists have been working on it. Jurists like giving bills long names that try to summarize everything in the bill — that's the real reason."

That suggests the government will keep referring to it as the Charter of Values — which has been the popular name for the plan since the PQ took office, although it was previously labelled the Charter of Secularism in the party's last election platform.

The plan would force state employees to take off their headscarves, yarmulkes, turbans and larger-than-average crucifixes if they want to keep their jobs.

However, it appears to have no chance of passing in its current form, in the current legislature.

The PQ has only a minority government and will have two basic options: water down the bill to get it adopted, or preserve it for an election campaign.

The PQ already appears to have done the latter with its language bill, which also couldn't pass the legislature but will almost certainly make a re-appearance in an eventual election.

That could give the PQ two themes on which two run a nationalist, identity-driven election campaign, much as it did in 2012.

But the opposition Coalition party, which appears to have the swing vote on the issue, is imploring the PQ to act like a minority government and negotiate a more acceptable bill immediately.

The exact contents have not been revealed but leaks to media suggest the bill will be tougher than the plan Drainville presented at a recent news conference.

Coalition Leader Francois Legault says the government should at least be willing to discuss his own party's proposed bill.

The bill tabled by the Coalition would apply to a far smaller number of public employees, like police and judges. Even the bill name is smaller, at one-ninth the size of the PQ's. The title contains a mere three words: "Charter of Secularism."

"It's been months that the ministers Bernard Drainville and Jean-Francois Lisee are engaged in a detail-leaking contest on the values charter," Coalition Leader Francois Legault said in a statement.

"We've known for months that the PQ governent was tabling a bill. Despite the olive branch extended by our party, which even tabled its own secularism charter two weeks ago, never has the government of Pauline Marois taken the trouble to consult us or listen to us.

"Whether or not Mrs. Marois likes it, this government is a minority and it needs to accept that."

"This needs to be done," she said in a legislature debate with Legault, in reference to creating guidelines for minority accommodations.

"We'll do things in order. Once this bill is tabled, the debate will be open. The leader of the CAQ... can then provide his point of view. The members of the Liberal opposition, I hope, will have one."

The Liberals have been deeply critical of the plan, and called for its clothing provisions to be all but eliminated with the exception of people covering their faces while receiving state services. 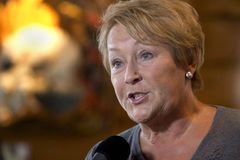 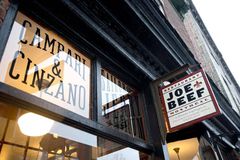