"Conservatives endorse Justin Trudeau for 2019." That isn't the intended headline coming out of the latest Conservative attack ad, but it could be.

As May drifts into June, the Conservatives, NDP and Liberals are all ramping up their pre-campaign campaigns, and revealing their election strategies in the process. For the Conservatives, it's mostly about taking Justin Trudeau down a peg, though this time with a softer approach that acknowledges his popularity among voters.

The NDP is promoting Thomas Mulcair, trying to plant his name and face more firmly in the voter's mind, while emphasizing that neither he nor the NDP's platform shriek of socialism.

The Liberals, while also releasing an ad, are focusing heavily on their ground game, identifying potential voters in swing ridings as they work to catch up with the Conservatives in GOTV (get out the vote) sophistication.

Let's start with the new Conservative attack ad, in which four voters/employers pore over resumes. One applicant, "Justin," lacks experience, thinks budgets balance themselves, would fight ISIS by sending winter jackets to Syria and considers legalizing marijuana a top priority.

And then, remarkably, one of them declares: "I'm not saying no forever. But not now." Which makes it mischievous, but not unwarranted, to suggest the Conservatives are fine with Mr. Trudeau winning the election after this one. It certainly speaks to the party's anxiety about alienating voters who like the Liberal Leader even as the Tories question his qualifictions.

The other Conservative ad is the latest variation on an oft-repeated theme: Stephen Harper bearing the weight of the world. As in a previous spot, the Prime Minister is in his office, alone, working away. This time he is his own narrator, talkng about the tough choices that arrive on his desk daily. "You cannot be bound by ideology," he asserts. "You don't have the luxury of ignoring problems or only making popular choices." But, he concludes, as he turns out the lights, "on a good day, you get to go home feeling you lived up to the job."

Effective. Shame, though, about the stock footage of a car assembly line. GM recently announced that the line, which makes Camaros, will be closed and the jobs shipped to Michigan.

In the ad, while people work away in a coffee shop, a dry cleaner's, a bakery, Mr. Mulcair tells the viewer, "I was raised on middle-class values and I'll work to strengthen the middle class." The ads are going to air on TV as well as social media.

The Liberals have a new ad featuring the Rose family, who sacrifice to save for their children's education. With the Liberals' Canada Child Benefit, Mr. Trudeau explains, they won't have to make those sacrifices. So the Liberals, unlike either the Conservatives or the NDP, are focusing on policy.

But the real action for the Liberals right now is at street level. The party just concluded another "Weekend of Action," in which volunteers train and canvas at the riding level.

This is vital work. When Justin Trudeau became leader, about a third of all Liberal riding associations were "moribund," as one internal report concluded. Part of the task of rebuilding has been to revitalize those organizations.

The Liberals have also lagged the Conservatives in GOTV (get out the vote) – identifying and convincing potential Liberal voters and delivering those voters to the polls.

I recently spent several hours with a Liberal candidate and his team of volunteers. They quizzed people at the door about their concerns, voting intentions and level of commitment, while entering the data they gathered directly into a tablet app.

The goal is to identify every potential Liberal voter in the riding. If the air war – national advertising and media exposure – matters, the ground war – identifying and recruiting voters at the riding level – is no less vital. Mr. Trudeau's advisers know this and are determined to catch up.

Anyone familiar with American elections knows that fixed election dates extend and intensify the campaign season. Parliament feels like an afterthought right now. It's all debates about debates, comparing campaign ads and horserace polling.

Though we should all bear in mind that, five months out, nobody who has a real life is paying any of this the least attention.

Opinion
Why Quebeckers are ready to embrace Tom Mulcair
May 25, 2015

How, and why, the Tories have suddenly reshaped leaders’ debates
May 22, 2015 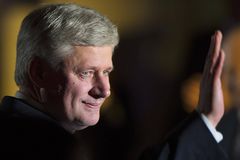 Opinion
Mulcair or Trudeau: One must offer real change
May 19, 2015