The ombudsman for federal prisoners says the effects of harsher sentencing laws brought in by the Conservative government are being felt in overcrowded prisons, where interaction between staff and inmates is becoming increasingly rare and rehabilitation is undermined.

"We have certainly seen the impact of the increased number of mandatory minimum penalties," Howard Sapers, the Correctional Investigator, said Friday in releasing his annual report for 2009-10.

Even though the crime rate has been dropping for many years, "we've seen more offenders being directed into federal penitentiaries and, for the most part, staying longer," he said.

That has had a marked effect on the atmosphere inside the prisons, said Mr. Sapers.

"The climate is increasingly harsh, tense and stressed and it's undermining the rehabilitation efforts," he said.

"Current conditions inside our federal penitentiaries are undermining … rehabilitation efforts and are challenging the ability of our correctional authority to deliver a correctional service that is fair, safe and humane."

The government said Friday it is reviewing Mr. Sapers's report.

But a spokesman for Vic Toews, the Public Safety Minister, said the government has taken steps to help improve the lot of prisoners.

"For instance, our government has invested more than $50-million in funding to the Correctional Service of Canada for mental health over the past five years," said Chris McClusky. "CSC has both increased access to services for inmates and training for staff so that they can recognize mental health issues. These are all resources that did not exist before."

In addition, he said, the government has provided approximately $2-billion over five years to increase capacity within existing prisons. And there is a plan to spend $9-billion on new prisons, as estimated by the Parliamentary Budget Officer.

But, for now, Mr. Sapers's report paints a picture of aging and crumbling correctional facilities that are required to house more people than intended.

"Offender populations today include a disturbingly large number of those with mental illness," he said. "Correctional staff are dealing with increasingly complex offender profiles. These profiles include histories of gang membership, chronic illness and substances abuse."

That has changed the relationship between prisoners and guards and tested accepted notions of good correctional practice, said Mr. Sapers.

Use-of-force incidents, including the use of inflammatory agents such as pepper spray, as well as situations in which firearms have been deployed, are on the rise.

Double bunking - the placing of two offenders into a cell that was designed for one - has increased by more than 50 per cent in the past five years.

And there has been declining interaction between staff and inmates, with more use of barriers, seclusion, and electronic surveillance - a shift that runs counter to the policies of the Correctional Service of Canada.

"We all have an interest in ensuring that our correctional system treats offenders fairly," said Mr. Saper. "The vast majority of offenders will be returning to society so we all benefit from them having received adequate services and rehabilitation treatments before they return to their communities."

The Correctional Investigator of Canada made 24 recommendations in his 2009-10 report released Friday. Here are some examples:

» The recruitment of mental-health professionals to work in prisons should be enhanced.

» New corrections officers should have the knowledge to deal with prisoners who are mentally ill.

» Prolonged segregation of patients at risk of suicide or who have a serious mental illness should be prohibited.

» There should be a new plan for dealing with prisoners who deliberately hurt themselves.

» The Correctional Service of Canada (CSC) should conduct an analysis of the population of prisoners who are over 50 and devise a strategy to meet their physical and mental needs.

» The public safety minister should review all inmates in segregation-like units to ensure they are receiving the same protections and programs as the general inmate population. 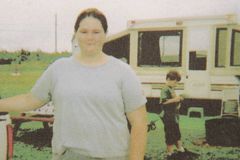 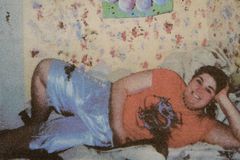 Lawyers argue for broader scope in Ashley Smith death inquest
November 1, 2010
Follow Gloria Galloway on Twitter @glorgal
Report an error Editorial code of conduct
Due to technical reasons, we have temporarily removed commenting from our articles. We hope to have this fixed soon. Thank you for your patience. If you are looking to give feedback on our new site, please send it along to feedback@globeandmail.com. If you want to write a letter to the editor, please forward to letters@globeandmail.com.
Comments