Sean Bruyea was a rare voice of dissent when he spoke out against a new Veterans Charter at a 2005 Senate hearing.

The retired veteran of the Gulf War warned against the charter's move to a one-time lump-sum payment of no more than $250,000 for injured soldiers - the very issue that is now at the heart of concerns being raised widely by veterans.

Within a week of his appearance, the bill became law, the debate ended and an unusual paper trail on Mr. Bruyea began.

Mr. Bruyea is now at the centre of explosive revelations that Veterans Affairs bureaucrats widely shared information from his personal medical files for briefings related to his advocacy work on veteran policies.

Current Veterans Affairs Minister Jean-Pierre Blackburn criticized the handling of Mr. Bruyea's medical files and vowed to implement recommendations from an upcoming report into the matter by Canada's Privacy Commissioner.

"I want to say to our veterans: This is unacceptable," he said. "I used to be the minister of national revenue, for example. An employee cannot go [into] a file on everyone."

Mr. Bruyea's complaints should not come as a surprise to the Harper government, however. The documents he has obtained show a September, 2006, meeting took place at the Prime Minister's Office - involving senior political aides Keith Beardsley and Danielle Shaw - to discuss the "alleged harassment" of Mr. Bruyea with Veterans Affairs officials.

Notes of the meeting, which was triggered by Mr. Bruyea's letters to the PMO, reveal there was a general discussion about the effects of post-traumatic stress disorder and a specific discussion of Mr. Bruyea's massage-therapy claims.

Mr. Bruyea alleges top bureaucrats deliberately exaggerated his post-traumatic stress condition in an attempt to discredit his public criticism of the Veterans Charter.

"Manipulation of psychiatric files has been typically associated with Stalinist regimes," he said in an interview at his suburban home in Ottawa's south end, where he lives with his wife. Because veterans on disability are financially dependent on Veterans Affairs, he said it can be very scary to challenge the department. He described the reaction to a 2006 phone call from the department urging him not to take his concerns to the minister.

"This struck terror into our hearts, fundamental terror," he said.

He says his troubles date back to that one week in May, 2005.

On May 9, 2005, then-prime minister Paul Martin was flying back from the Netherlands after attending Victory in Europe celebrations. All three opposition leaders had joined him and were on board - the Conservatives' Stephen Harper, the Bloc Québécois' Gilles Duceppe and the NDP's Jack Layton.

Seizing the rare opportunity to strike a deal, Ms. Guarnieri, then veterans affairs minister, managed to bring all four leaders together at the front of the plane to hammer out a plan that would see the new Charter approved within a week with virtually no debate.

With all parties on side, barely a word of concern was voiced as the legislation zoomed through Parliament.

Even though he would not be affected by the new charter, Mr. Bruyea said he felt compelled to testify.

"A shift to greater use of lump sum payments combined with customized rehabilitation services would serve, over time, to regain control of an alarming future liability scenario," states the government report.

Ms. Guarnieri, who will soon retire from politics and recently described the in-flight deal as the highlight of her career, said she remembers meeting Mr. Bruyea but does not recall seeing his personal medical information.

"I personally found that all the officials I dealt with during my tenure were very caring officials," she said Wednesday. "So I'm finding it hard to reconcile the image that these are uncaring people."

Ottawa steps up financial support for wounded soldiers
May 2, 2018 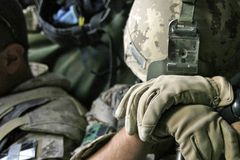 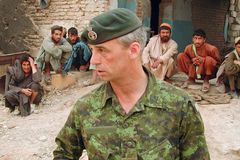 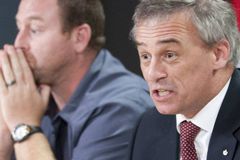 Veterans Affairs critic's confidential medical information given to minister
May 1, 2018 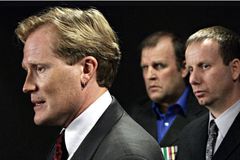