The Conservative government has introduced multiple pieces of legislation in recent months that affect security, privacy and the power of policy agencies (read our earlier explanations of bills C-13 and S-4, and C-44). The latest, Bill C-51, would beef up the powers of Canada's spy agency (the Canadian Security Intelligence Service), criminalize the promotion of terrorism and provide the RCMP with new powers of preventative arrest.

The Conservatives say the bill is necessary to combat the threat of terrorism, while critics say it constrains too many freedoms in the process.

Here's what you need to know about the legislation.

Last updated May 6: The bill passed its final vote in the House of Commons, setting the stage for it to become law before the summer break. 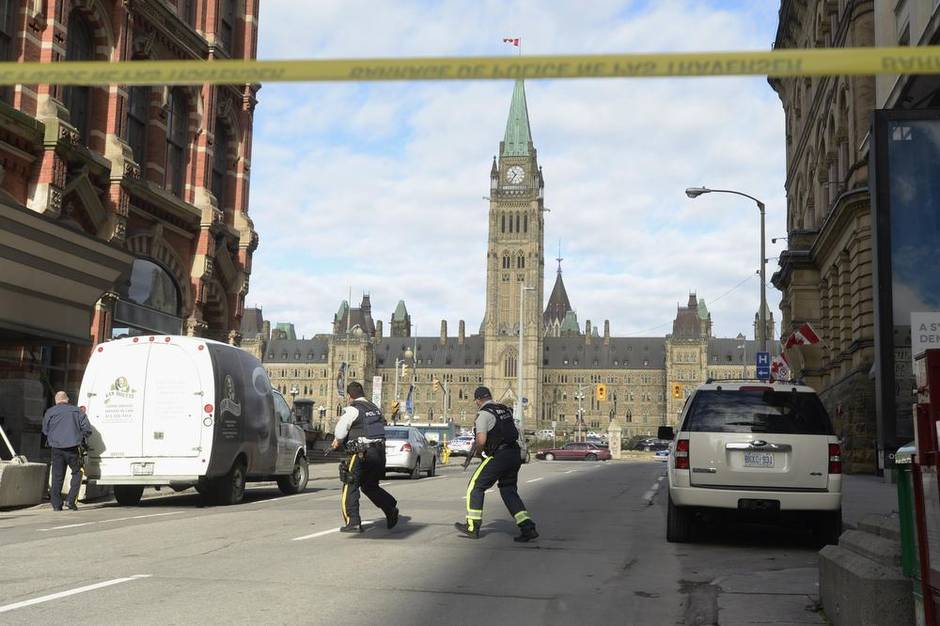 Police secure the scene of a shooting on Parliament Hill in Ottawa on Oct. 22, 2014. (The Canadian Press)

Prime Minister Stephen Harper specifically raised the two cases when he unveiled Bill C-51 three months later, on Jan. 30, while making it clear the goal is to deal with a larger threat posed by supporters of the Islamic State and other anti-western groups.

“Jihadist terrorism is not a future possibility, it is a present reality,” he said. “Violent jihadism is not just a danger somewhere else. It seeks to harm us here in Canada, in our cities, and in our neighbourhoods through horrific acts like deliberately driving a car at a defenceless man, or shooting a soldier in the back as he stands on guard at a War Memorial. Canadians are targeted by these terrorists for no other reason than that we are Canadians. They want to harm us because they hate our society and the values it represents.”

While other changes were in the works (see our explanation of Bill C-44) at the time of the attacks last year, the government said it was necessary to oversee a full upgrade to the legislation that had last been overhauled after the attacks of Sept. 11, 2001. 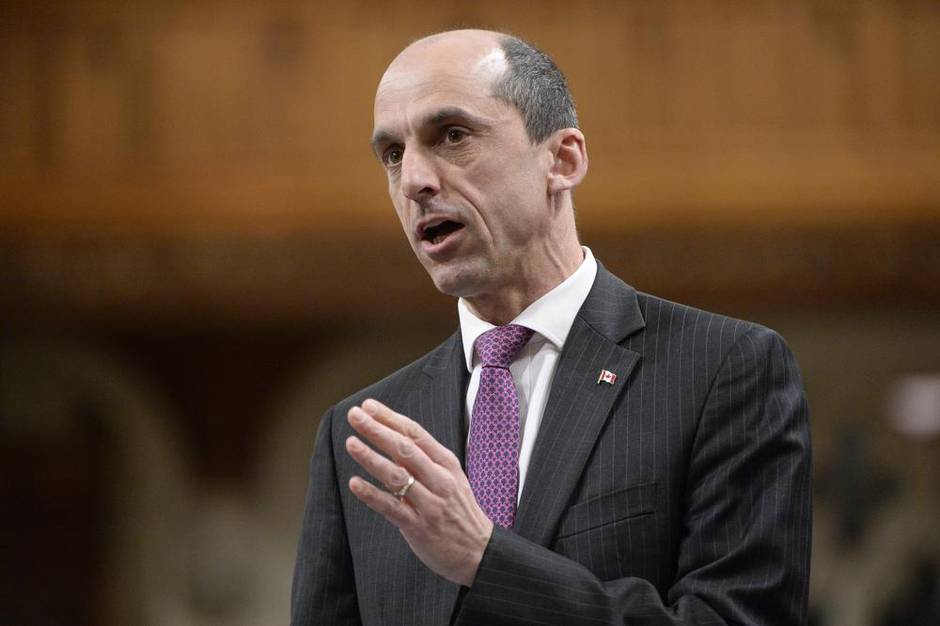 What’s in the bill?

Here is what C-51 would change, according to the federal government:

The Conservatives said on March 27 that they would make some amendments to clarify certain parts of the bill. One amendment would limit the scope of what can be considered a terror-related activity to explicitly leave out lawful protests. Another change would make clear that CSIS agents would not have the power to arrest people. 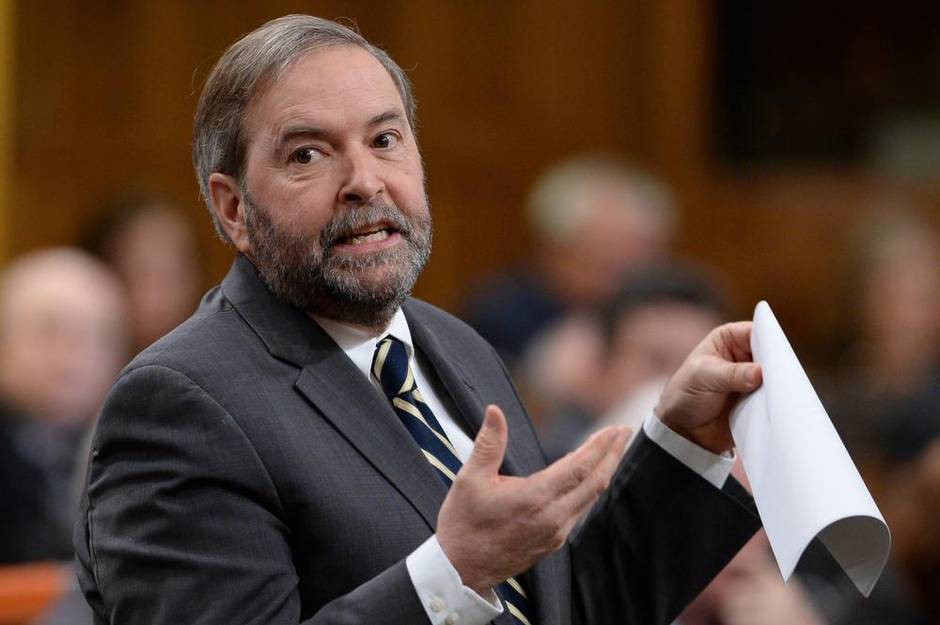 The Conservatives proposed this. What are the other federal parties saying?

NDP Leader Thomas Mulcair has taken the lead role in opposing Bill C-51 in Parliament, raising questions about the need for new policing powers, decrying the possibility that environmentalists and native groups will be ensnared in the fight against terrorism, and lamenting the lack of new oversight powers. As he announced his party’s position, Mr. Mulcair pointed out that the NDP also opposed the use of the War Measures Act during the 1970 October Crisis.

“Terrorism is a real threat, and public safety must be the priority for any government. But we cannot protect our freedoms by sacrificing them,” Mr. Mulcair said.

Liberal Leader Justin Trudeau said his party will vote in favour of the legislation, while promising to amend it if his party forms the next government. The Liberals are arguing that law-enforcement agencies need new powers to catch terrorists, but that more oversight is necessary to avoid any abuse of power. In particular, the Liberals are calling for parliamentary oversight, by which a small group of MPs would supervise the activities of Canada’s spy agencies.

The government has responded that the Security Intelligence Review Committee is a “made in Canada” success and that there is no need for political interference in counter-terrorism operations. SIRC is an independent watchdog whose members are appointed by the government. The current chair is Deborah Grey, a former Reform Party MP. 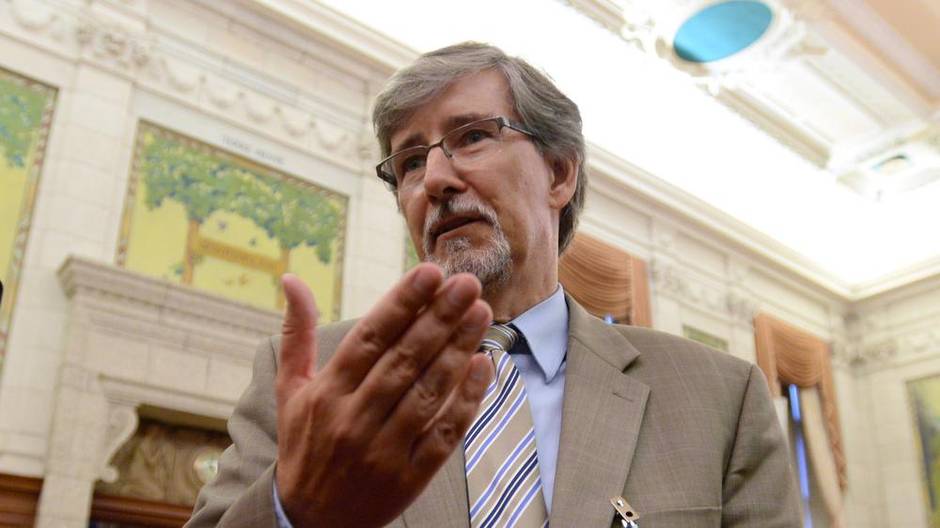 What has reaction been?

Question: All things considered, do you yourself support or oppose the proposed new anti-terrorism legislation?

What do Canadians say?

Mr. Harper likes to say at every opportunity that Canadians are behind the legislation, which explains why he is refusing to this point any amendment to the legislation. An Angus-Reid poll in February found 82 per cent of respondents supported the bill, and 36 per cent said it didn’t go far enough.

Has the legislation passed yet?

Bill C-51 passed its final vote in the House of Commons 183-96, with Conservative and Liberal MPs all voting in favour, and NDP MPs all opposing it. The bill is has been sent to the Conservative-dominated Senate, where it is expected to pass.