Public-private partnerships have cost Ontario taxpayers nearly $8-billion more on infrastructure over the past nine years than if the government had successfully built the projects itself.

The revelation, from Auditor-General Bonnie Lysyk, comes as Premier Kathleen Wynne stakes the province's future on a vast construction program that will see dozens of new schools, bridges and subways built over the next decade. And it suggests Ms. Wynne can build that infrastructure more cheaply as she wrestles down a $12.5-billion deficit.

"If the public sector could manage projects successfully, on time and on budget, there is taxpayer money to be saved," Ms. Lysyk said Tuesday at Queen's Park.

Her audit looked at 74 projects – including several hospitals and the Eglinton light rail line – that were built using private partnerships, called Alternative Financing and Procurement (AFP), by Crown corporation Infrastructure Ontario since 2005.

Ms. Lysyk found that the province assumes there is less risk of cost overruns and other problems with AFPs than with the public sector. But she said the province actually has "no empirical data" to back up that assumption. Private partnerships, meanwhile, are more expensive because companies pay about 14 times what the government does for financing, and receive a premium from taxpayers in exchange for taking on the project.

In some cases, she said, the least expensive solution may simply be for government to get better at building infrastructure itself, rather than farming it out.

But Infrastructure Ontario chief executive officer Bert Clark said the current system is working well, and argued it would be impractical for government to directly handle several big, complex projects. Better, he said, to bring in private companies that have extensive experience with such things.

"The guys we're outsourcing this function to, this is their core competency. This is all they do all day long, is deliver large projects. They take those risks on. That isn't what we do," he said in an interview. "It would be a travesty for everyone if we said, 'Let's go back and try to deliver our large complex projects using [public] means."

Mr. Clark said his organization has tried to obtain hard data to compare the risks between private projects and public ones, but the government did not have such information available. Instead, he said, Infrastructure Ontario has turned to auditing firms to try to figure out what the differences in cost would be.

Economic Development Minister Brad Duguid defended this method: "It is a bit of an art, identifying risk, as much as a science."

But both he and Mr. Clark said they would still look at Ms. Lysyk's recommendations, and see if there is anything they can do to improve their analysis.

Interim Progressive Conservative leader Jim Wilson said the first step is for the Liberals to get rid of their "bias" in favour of private partnerships, and analyze projects more objectively.

"They have a bias – which normally we would be accused of as Conservatives – [of] wanting to always use an alternative finance plan," he said. "They need to get rid of the bias … You're basically skewing all your contracts into one stream."

New Democrat Leader Andrea Horwath called on the government to go further and bring all construction back in house: "This has been a boondoggle for a decade in this province. We need to abandon this extremely flawed model."

AFPs entail the government bringing in a private company to finance, build and, in some cases, maintain a piece of infrastructure. The private company assumes some of the risk of cost overruns, in exchange for making a profit.

Besides the lack of data, Ms. Lysyk took issue with some of Infrastructure Ontario's methodology. For instance, she said, its calculations assume it will cost more for governments to maintain a piece of infrastructure than a private company, because the government will fall behind on fixing things when they need to be replaced.

And she said that in some cases, the benefits of AFPs failed to materialize.

In one instance, a new Ontario college building was constructed by the government on time and on budget. But a second building, constructed using AFP, turned out to cost 10 per cent more a square foot than the first, publicly built facility.

In another case, the province had to pay $2.3-million extra to a company building a hospital because the contract had not actually transferred the risk of design changes to the company, she found. 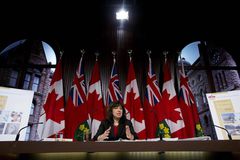 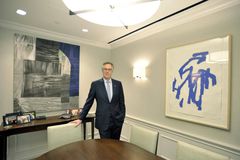 Ombuds turf war over bill breaks from political decorum
May 12, 2018 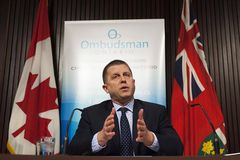 Harper says Wynne should focus on Ontario and ‘not on confrontation’
May 12, 2018 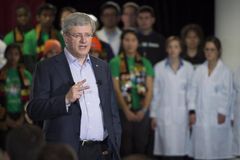 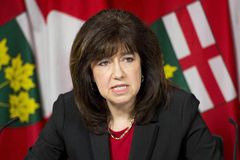